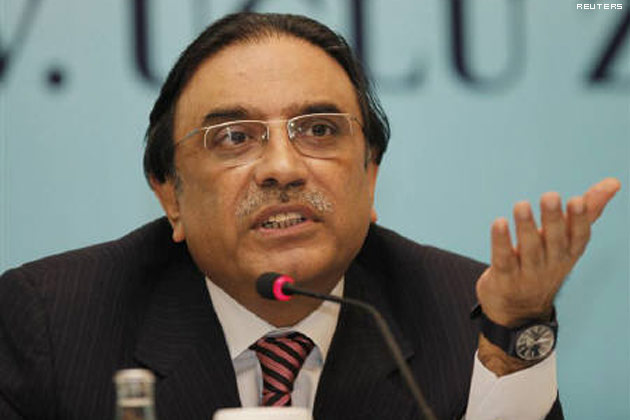 ISLAMABAD (92 News) - Former president and Pakistan People's Party co-chairman, Asif Ali Zardari ruled out 22nd Constitutional Amendment saying it is time for the Senate Elections and any amendment is not possible in four days. He was talking to media after his meeting with Jamiat Ulema-e-Islam-F (JUI-F) chief Fazlur Rehman in Islamabad on Sunday. He said if Prime Minister Nawaz Sharif worked along with him an understanding could be reached. Asif Zardari expressed his party’s reservations on the General Elections’ result and said his party would soon release a white paper. JUI-F chief Fazlur Rehman expressed full support on Zardari’s views for the Senate Elections. The PPP co-chairman also dismissed rumours of rifts with Bilawal Bhutto Zardari, saying that what can be the differences between a father and his son.