Conte to stay and improve Chelsea next season 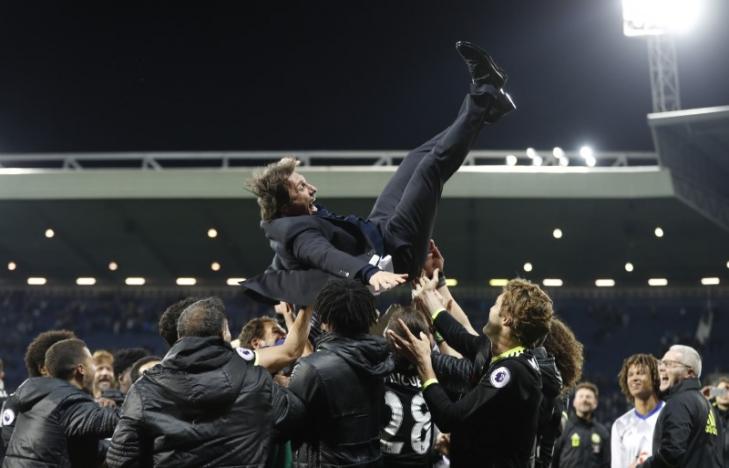 Conte to stay and improve Chelsea next season

LONDON - Chelsea manager Antonio Conte said he wants to stay at Stamford Bridge and improve the squad next season after lifting the Premier League in his first season in English football.

With reports in local media saying Italian club Inter Milan wants to bring the former Italy and Juventus coach back home, Conte believes there is more to come from his Chelsea squad that has now adapted to his tactical plans.

Asked if he would be at the club next season, Conte told reporters: "Yeah, and we have to improve next season.

"We have to improve in the next season, to find the right solution to improve. We are working for only nine months together.

"Now they know my idea, I know them, the characteristics of my players."

Conte faces a challenge to hold on to key members of the squad with striker Diego Costa reportedly a potential target for several Chinese Super League clubs, while Real Madrid are linked with winger Eden Hazard.

"The club want to fight to win every competition. We have the same ambition," Conte added. "For this reason, we try to keep the best players."

Chelsea could add another piece of silverware this month when they face Arsenal in the FA Cup final on May 27. -Reuters