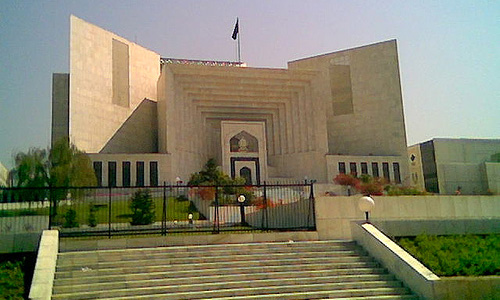 ISLAMABAD (92 News) – The Supreme Court has summoned the attorney general for assistance in a contempt of court plea against Prime Minister Nawaz Sharif with regard to a delay in the local bodies elections. The two-judge bench, headed by Justice Jawwad S Khawaja, heard the case of the delay in the LB polls in Punjab, Sindh and Khyber Pakhtunkhwa. Akram Sheikh, counsel for the Election Commission of Pakistan (ECP), submitted the reply and stated that there was no objection in holding the LB polls; however, provinces have to make amendments to the law to empower the Election Commission. “Sindh Governor Ishratul Ibad has signed the Local Bodies Act this morning,” he added. The bench observed that the ECP cannot be stopped from holding the elections as the constitution authorizes it. Justice Jawwad S Khawaja remarked that the LB elections could not be conducted despite repeated court orders. “The chief election commissioner (CEC) could not be appointed for a year. Now the LB polls are not being held for the last five years,” he observed. He said that the ECP should issue a schedule for the LB polls.