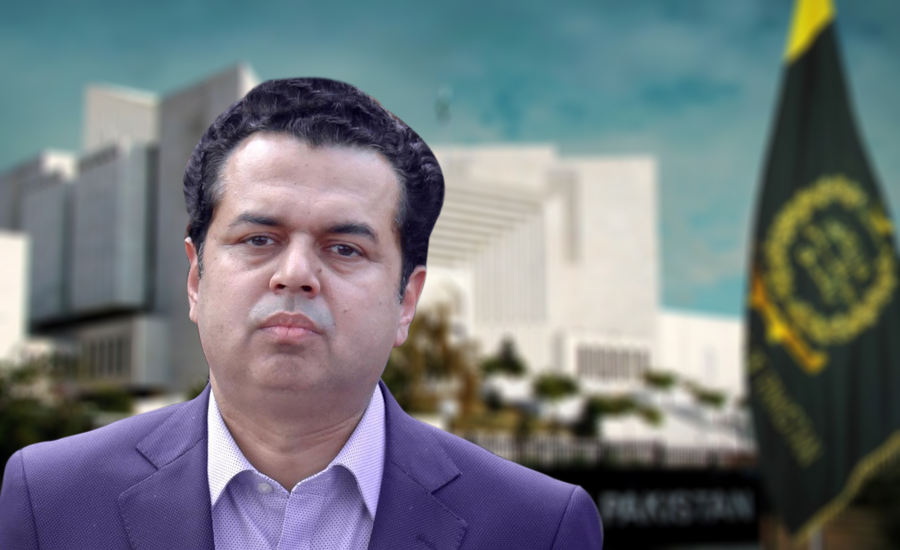 ISLAMABAD (92 News) – The Supreme Court on Thursday sentenced Pakistan Muslim League-Nawaz (PNL-N) leader Talal Ch 'till rising of the court' for committing contempt of court. The sentence 'till rising of the court' in a contempt case does mean the contemnor avoids jail and is punished symbolically until the bench remains in session. In his verdict, Talal was also disqualified for five years and fined fined worth one lakh rupees. The sentence in a contempt case also leads to automatic disqualification from parliament for five years, thus Talal Ch will be unable to contest the elections till five years. The verdict in the case reserved earlier on July 11, 2018 was announced by a three-member bench headed by Justice Gulzar Ahmed. In its verdict, the court ruled that Talal Ch had attempted to malign the court in his media talks and spread hatred in light of Section 2 (b) of Article 204 of the constitution. As per the judgment, Talal will stay in the court till the bench was in session. Earlier, the SC had taken suo moto notice of the ant-judiciary speeches made by Talal Chaudhry. Kamran Murtaza, counsel for Talal Ch, had requested the bench to show restraint in this matter. He had also referred Imran Khan and Tahirul Qadri case wherein contempt proceedings against them were dropped. On March 15, the SC indicted Chaudhry for allegedly committing contempt of court. The bench headed by Justice Ejaz Afzal Khan gave a charge sheet to Chaudhry, who denied the contempt allegations and pleaded not guilty. On May 23, the country’s top court turned down Talal Chaudhry’s request seeking time to produce more witnesses in hearing of contempt case against him. During the hearing of a case pertaining to contemptuous statements made by Chaudhry during a rally in January, the defendant’s counsel presented a list of 17 witnesses and sought time to summon and record statements. Turning down the plea, Justice Gulzar Ahmed had observed the trial cannot be stretched further.