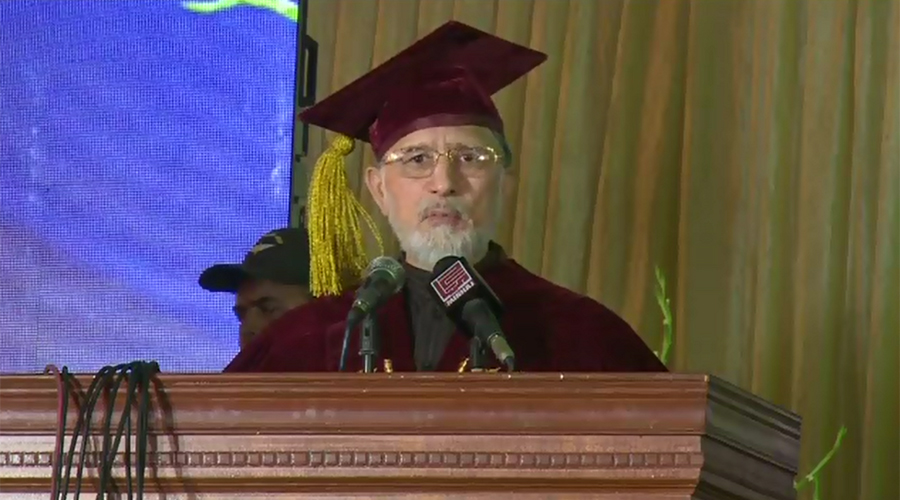 LAHORE (92 News) – Pakistan Awami Tehreek (PAT) chief Dr Tahirul Qadri has said that conditions are being deteriorated in the country. Talking to the media after addressing the annual convocation of Minhaj University on Saturday, he said that contradiction in the statements of Prime Minister Nawaz Sharif had been exposed. “The prime minister should be held accountable,” he maintained. The PAT chief said that the PM’s counsel had admitted that his (PM) speech was political. “I had recited ‘Inna lillahi wa inna ilaihi raji'un’ over the Panama Leaks. Now its ghusal is being performed. Later, its funeral will be held and then it will be buried,” he said. He said that it would be suicide of t he Panama Leaks if commission was formed over it. Dr Tahirul Qadri said that they would fight the legal battle of the Model Town tragedy till their death. “There will be no compromise on the Model Town tragedy,” he added. He said that there are neither any elections nor democracy in the country. “There is only kingship in the country,” he maintained.