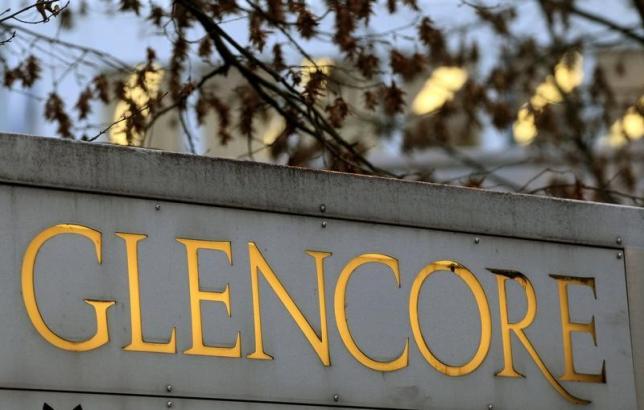 NEW YORK - As copper miners start to slash spending and shutter mines because of the plunge in the price of the metal, experts who analyse the market in the base metal are suddenly getting a little more cheery. They are seeing the potential for a re-run of 2003 when Chile’s Codelco [COBRE.UL], the world’s top copper producer stockpiled 200,000 tonnes of the metal that is used in everything from pipes to autos, providing the market with a supply shock that soon drove copper prices back up. This time around hopes are pinned on the announcement earlier this month from Glencore (GLEN.L) of a sweeping strategy to shore up cash and cut spending, including plans to shutter two major, high-cost copper mines in Zambia and the Democratic Republic of Congo over the next 18 months. That will cut company output by 400,000 tonnes and remove some 2 percent of global supply from the market. For Glencore CEO Ivan Glasenberg, the plan helped placate shareholders worried about $30 billion (£19 billion) of debt as prices of its main products from copper to coal sank to six-year lows amid worries about China's waning appetite for such commodities. The company's shares jumped 7 percent on the news, although they have since come under renewed pressure, hitting fresh all-time lows last week. They are down 60 percent so far this year. For the beleaguered copper market, it was the first meaningful supply-side shock since the start of the current year-long copper rout. It has the potential to help trigger a long, slow revival in prices, analysts and other experts said. There is a big similarity with the market in 2002-2003, much more than the financial crisis-driven plunge in 2008, said Leon Westgate, analyst at ICBC Standard Bank. Twelve years ago, prices were languishing near 14-year lows and global inventory was skyrocketing. In response, the state-run Codelco built the stockpile of 200,000 tonnes of copper cathodes near the northern Chilean port of Antofagasta. It kept that material off the market until conditions had improved. A DIFFERENT CHINA The comparisons with 2003 only go so far. China devoured a record 9.4 million tonnes of copper last year, almost half of the global total, against just 3 million tonnes in 2003. The country’s average annual growth rate in demand of more than 10 percent over the past decade has plunged to around 3-4 percent this year, and that has been a big reason for the recent price slump. Arguably the copper market was in a weaker state in 2003 than it is now. Global inventories of 1.5 million tonnes were three times higher than current levels, and at around $1,300 per tonne prices were about a quarter of current levels. Glencore may find it tougher to implement its plan, which threatens jobs in Zambia and the Democratic Republic of Congo, than government-owned Codelco. But the events of 12 years ago could show how a major supply shock may be just what is needed to stem losses, eventually helping prices to recover. Citi analyst David Wilson cautions against taking cues from macro events when producers like Glencore are showing they can respond aggressively to weak prices. "There has been a clear dislocation in the recognition of reduced output growth versus copper prices, but for how long can this continue?," he asked. SUPPLY DEFICIT SEEN Combined with mine outages and China's emergence as a major buyer as its economy took off, Codelco's move in 2003 rescued the copper market from a prolonged downturn. By 2005, prices had more than doubled to over $3,000 per tonne, global inventories had plunged to just 100,000 tonnes and the market was in the early throes of a boom that saw prices near $10,000 per tonne in 2010. This time, few analysts expect prices to recover by that magnitude, and there are few signs of a significant rebound in Chinese demand, but Glencore's shutdown is expected to tip the market into a small supply deficit next year, Westgate at ICBC Standard Bank said. ICBC and Citibank reckon an annualised 1.5 million tonnes has already been lost this year due to power outages, strikes, floods and drought, as well as lower grade source material from producers in various places, from Zambia to Chile. Fresh cuts and stabilizing demand could propel prices towards $5,700 per tonne in the fourth quarter, Citi's Wilson said. That'd be a rise of 8 percent from current levels of $5,270 per tonne, which are down from around $7,000 per tonne a year ago. Any other unexpected supply shocks or signs that Beijing is preparing to boost spending further on industries that use copper intensively could trigger a more significant rally into next year. "The market's tighter compared with back then. You don't need extreme demand to kick in because the market's already tight," said Westgate. Last Thursday, prices rallied to two-month highs after a powerful earthquake struck off Chile’s coast, forcing Codelco and Chilean rival Antofagasta (ANTO.L) to temporarily close two big mines, raising concerns about supply disruptions. The gains evaporated as the mines reopened and lingering worries about Chinese demand returned. FEW PRECEDENTS There are few recent examples of wholesale mine and smelter closures because producers prefer to slash costs by shelving expansion plans or mining higher grades. Late last month, Freeport McMoran Inc (FCX.N) was the biggest operator to bite the bullet, with plans to close a small U.S. mine and on Monday, Europe's No. 2 copper producer, Poland's KGHM KGH.WA, said it would suspend its McCreedy West copper mine. Combined, they account for less than 50,000 tonnes per year of copper. The last time prices were this low, in 2008, the rout was quick and deep - prices more than halved to under $3,000 per tonne within months of Lehman Brothers going bust in the financial crisis. But it was relatively shortlived after China swooped in to buy copper in large quantities in early 2009, setting a floor under prices and restoring market confidence. "In 2008, the sentiment was less negative than now because China announced a number of economic measures that inspired confidence in the market," said Juan Carlos Guajardo, executive director of Santiago-based mining consulting firm Plusmining. -Reuters