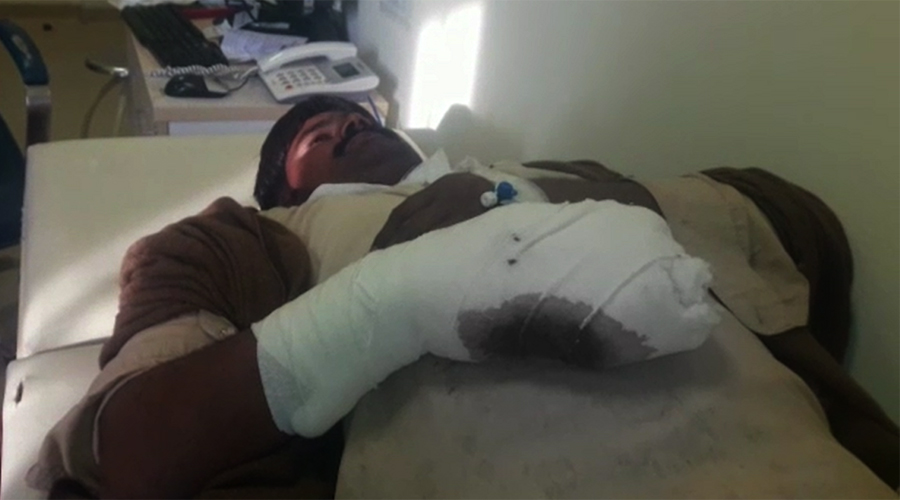 MUZAFFARGARH (92 News) – Policemen deprived a labourer of his four fingers for not serving them free sugarcane juice in Muzaffarabad. According to details, Ijaz was at his stall when cops from Civil Lines police asked him to serve them free sugarcane juice. On his refusal, the policemen forcibly thrust his arm into the running machine and fled. He was critically injured and taken to hospital where he lost his four fingers. The Muzaffargarh DPO said that action will be taken against the cops if they found guilty.