Corrupt families are wiping out from country’s politics: Sheikh Rashid 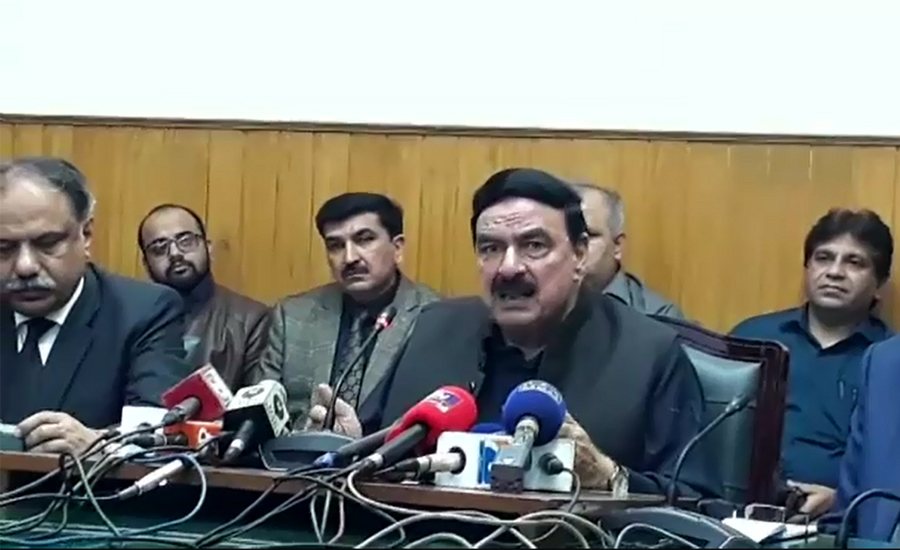 Corrupt families are wiping out from country’s politics: Sheikh Rashid

LAHORE (92 News) – Federal Minister for Railways Sheikh Rashid has said that corrupt families are eliminating from the politics of the country. Addressing a press conference on Saturday, he said that there is a market of corrupt people in the country. “I had told them in advance that their bad time has started,” he said. The minister said that big booty is about to come out of Sindh. “After the China tour, I can firmly say that Shehbaz Sharif is bigger thief than Nawaz Sharif,” he alleged. He said that a lot will come out of the ‘Faloodaywala’ episode. “Salman Shehbaz and Shehbaz Sharif’s son-in-law should have appeared before the NAB,” he said. “I have good relations with the Sharif brothers, but I am fulfilling my duty today.” Sheikh Rashid said that four engines imported from the US during the Saad Rafique tenure are lying dysfunctional. He asked the retired people to leave the job within a year. The minister also announced to make Railway Walton Academy a university.