Corrupt people have made people foolish for 70 years: Sirajul Haq 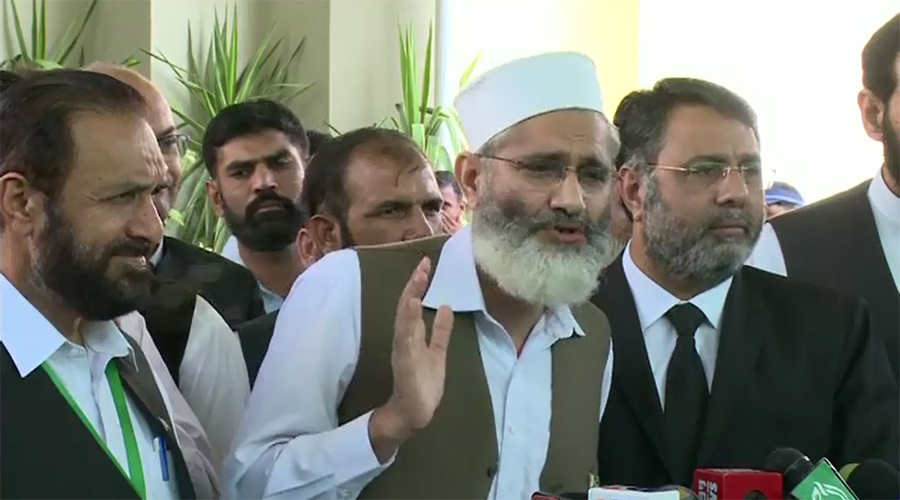 Corrupt people have made people foolish for 70 years: Sirajul Haq

ISLAMABAD (92 News) – Jamaat-e-Islami (JI) chief Sirajul Haq has on Thursday said that two percent corrupt people have made the people foolish for the last 70 years but now it’s time for accountability. Talking to media outside the Supreme Court in Islamabad, he said that the government was not serious about an investigation into the Panama leaks. “The time for accountability has arrived and the process would start from Prime Minister Nawaz Sharif and his group,” he added. The JI chief said that for the first time the political parties have seriously approached the Supreme Court over Panama leaks issue and it aims at seeking justice for the masses. He said: “It would have been better if the government formed a transparent commission but the government was not serious regarding investigation, adding that all those named in the Panama leaks should be held accountable.” The JI chief said that the country is under the debt of the World Bank due to Corruption. Corruption in the name of the government will not work anymore, adding that Prime Minister Nawaz Sharif should appear before the court for accountability.