Corruption is major obstacle in way of Pakistani development: President 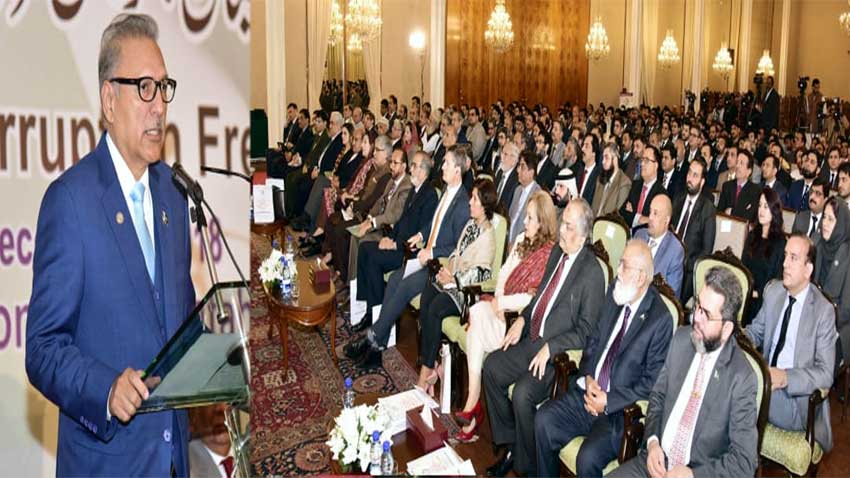 Corruption is major obstacle in way of Pakistani development: President

ISLAMABAD (92 News) – President Dr Arif Alvi has said that corruption is the major impediment in the way of development of Pakistan. Addressing a seminar “Our Faith, Corruption Free Pakistan”, the president has expressed the resolve to further strengthen National Accountability Bureau to check corruption in the country. He stressed for taking the corruption cases to logical conclusion by strengthening the prosecution. Dr Arif said that the National Accountability Bureau (NAB) law is legitimate and the institution is working impartially. He said corruption is an assault on the entire human kind and it impacts the lives of all people. He said corruption is the major impediment in the way of development of the country. “Our people illegally stashed billions of dollars abroad and the government is compelled to take loans from others to support the economy,” President Arif Alvi said. He said the society as a whole will also have to contribute in the campaign against this curse. Arif Alvi said future of the country is bright as the new government and the state institutions are heading in the right direction. Earlier, the President also launched a commemorative coin and postal stumpage in connection with international anti-corruption day. He also gave away merit certificates to the outstanding officers of NAB.