Cosmetic surgery is on the rise in the US, ASAPS reports 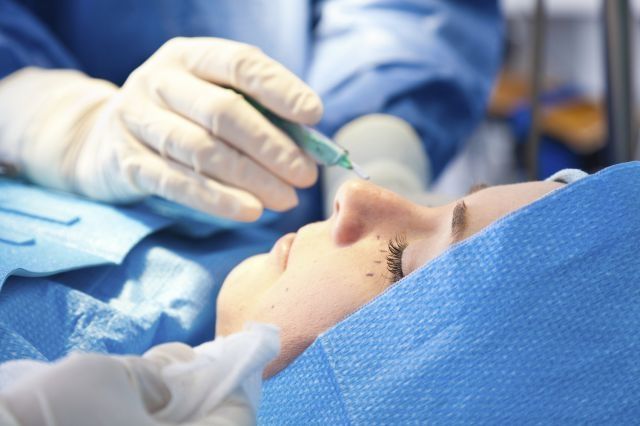 Cosmetic surgery is on the rise in the US, ASAPS reports

NEW YORK (AFP) - The number of facelifts performed in the US in the past year has increased by 21.9%, according to a new report.

New data from the American Society for Aesthetic Plastic Surgery's (ASAPS) latest annual survey shows that several modern cosmetic surgical procedures are on the rise, as innovative new techniques mean that patients are increasingly keen to opt for surgery.

"With advances including less invasive techniques resulting in less post-operative downtime, an increasing number of patients are warming up to the idea of going under the knife as surgery still promises the longest term, if not permanent results," said W. Grant Stevens, MD, President-elect of ASAPS, in a statement.

Despite the increase in demand for facelifts, breast augmentation remains the most popular procedure for women in the US, followed by liposuction, which was up 16.5% for the year 2017, the report states. Breast lifts, which have seen a 13.9% increase over the past year, are the third-most popular operation, with tummy tucks and eyelid surgery -- known as "blepharoplasty" -- coming in at fourth and fifth place respectively.

And the trend has been steadily growing for some time -- with breast lifts, blepharoplasties, upper arm lifts and liposuction all seeing double-digit increases over the past five years, from 2012 through 2017.

Not wanting to be left behind, men are also seeking out surgery, with the top five procedures listed as liposuction, eyelid surgeries, breast reductions, tummy tucks and facelifts.

The survey, dubbed "Cosmetic Surgery National Data Bank Statistics," saw ASAPS work with an independent research firm to compiled data for the number of procedures performed nationally from 2012 to 2017.