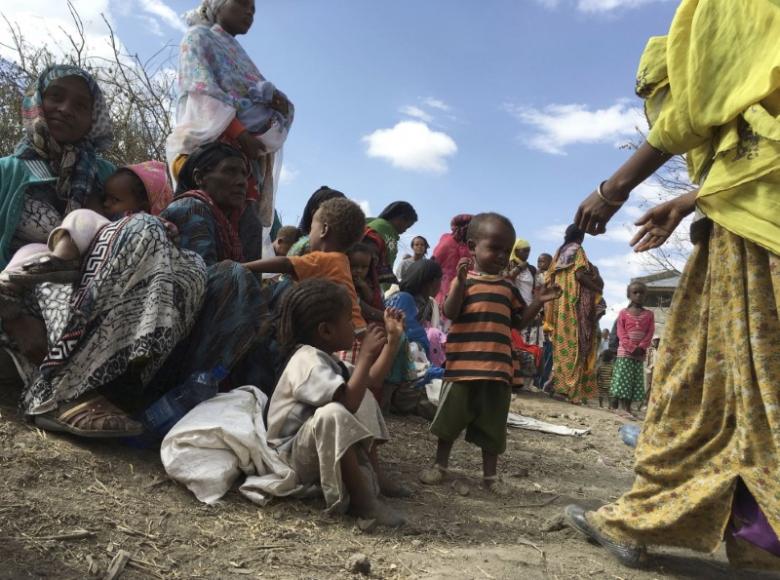 ROME - A drive to give six million severely malnourished children life-saving treatment every year by 2020 – twice the current number – will only succeed if governments prioritize it alongside other killers and treatment costs are cut, hunger experts said. The number of children treated for severe hunger has plateaued at just over 3 million in recent years, comprising a fraction of the 16 million who need it, the UN children's agency UNICEF said. "Severe acute malnutrition is a silent emergency," said Diane Holland, senior nutrition advisor at UNICEF in New York. "Greater advocacy around the issue is essential, so that governments, companies and civil society organizations mobilize and make treatment ... a priority," she told the Thomson Reuters Foundation. A child suffering from severe hunger is up to nine times more likely to die from malaria, pneumonia and diarrhea, according to Saul Guerrero, director of nutrition for Action Against Hunger UK. "The performance and impact of absolutely every intervention worldwide addressing malaria, pneumonia and diarrhea will be significantly enhanced if the children ... are simultaneously treated for severe acute malnutrition," he said from New York. UNICEF and Action Against Hunger are part of a coalition which aims to double the numbers of children treated for extreme hunger. No Wasted Lives also includes the European Union, UK government and the Children's Investment Fund Foundation. Two thirds of children who are severely malnourished are in Asia, and a third in Africa. The majority of cases are in countries where there is no hunger emergency, UNICEF said. Severe acute malnutrition is treated with a paste of peanuts and dried milk, which costs between $150 and $200 a child, but to boost the number of children on treatment, that price tag needs to drop to less than $100 per child, the coalition said. Many of the treatments are made in Europe and north America. So producing more treatments in countries where they are needed, finding cheaper but equally effective ingredients - perhaps chickpeas or sesame seeds - would help cut costs, Guerrero said. Children also need treatment nearer home - at the moment many have to be taken long distances to a health clinic. The coalition is proposing that community health workers who treat malaria, pneumonia and diarrhea, are also trained in treating severe hunger. No Wasted Lives was launched in New York on Tuesday. A high-level UN meeting on how to end hunger by 2030, is taking place in New York on Thursday. -Reuters