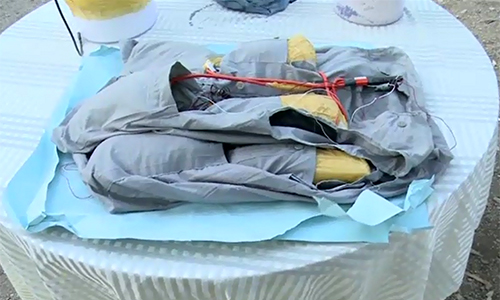 KARACHI (92 News) – The Counter Terrorism Department (CTD) foiled an attempt to again attack the Kamra Airbase on Thursday. The CTD also arrested Muavia, a terrorist belonging to a banned outfit, who had trained two suicide bombers. Suicide jackets and a bomb have also been recovered.