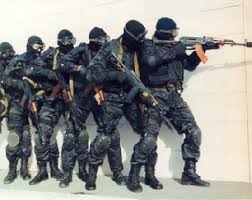 Babar Dogar LAHORE: On the orders of Chief Minister Shahbaz Sharif, the Counter-Terrorism Department (CTD) has formed committees at the tehsil level to register religious seminaries across the province. Sources revealed that an inspector of the Anti-Terrorism Department will be the head of the committee, while officials of the Crime Branch, respective police station and district administration will also be included in the committee. “The Punjab government has ordered to start the registration process from Monday (today). The Revenue and police officials will assist the process in which the record of all foreign students and teachers will be maintained,” the sources said, adding that details of all the funding sources and expenditures will also be collected during the process. According to the data available with the government, there are total 417,000 students, 12, 637 teachers and 6,281 seminaries in province. On the other hand, representatives of religious parties have rejected the registration process through the Counter-Terrorism Department. Jamiat Ahle Hadith (JAH) Pakistan secretary general Allama Ibtesam Elahi Zaheer has said that the registration of seminaries will be resisted strongly. “An anti-government drive can be launched against the government in this regard.” Jamiat Ulema-e-Pakistan (JUP) president Sahibzada Abul Khair Muhammad Zubair has warned that there will be a sit-in at D Chowk if action is taken against seminaries. Provincial Home Minister Col (retd) Shuja Khanzada has dispelled the impression, saying that the seminaries’ registration is not a new matter.