We will write a new history tomorrow, says Imran Khan 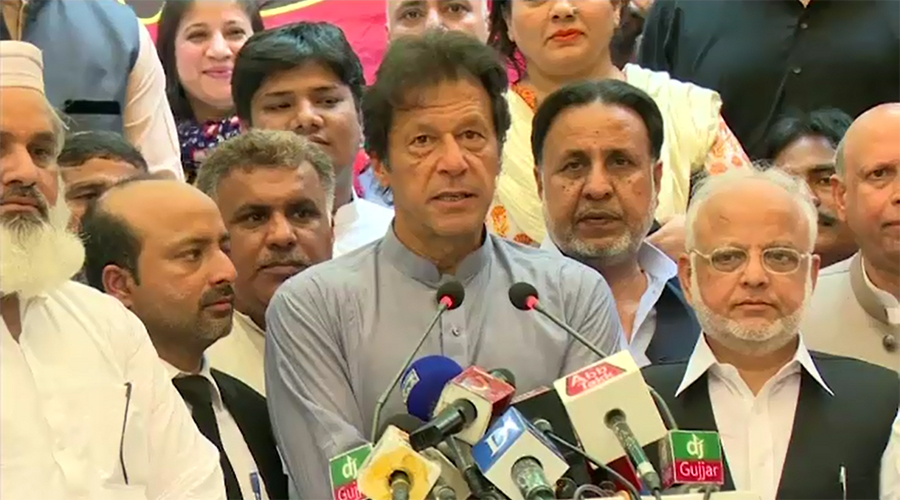 We will write a new history tomorrow, says Imran Khan

LAHORE (92 News) – PTI chairman Imran Khan said that they will write a new history on Friday. Addressing gatherings at different places on Wednesday, he said that celebration would start from today. “We will not stop till accountability of the prime minister,” he said. Imran Khan said that caravans had also departed from other cities. He said that Nawaz Sharif was caught red-handed, but the institutions kept silent over the issue. Imran said that he would announce a date for marching towards the Election Commission if it gave another date in the Nawaz disqualification reference. “Nawaz Sharif could attack the Supreme Court if the verdict was announced against him,” he maintained. The PTI chairman asked Ch Nisar to provide security to the Supreme Court.