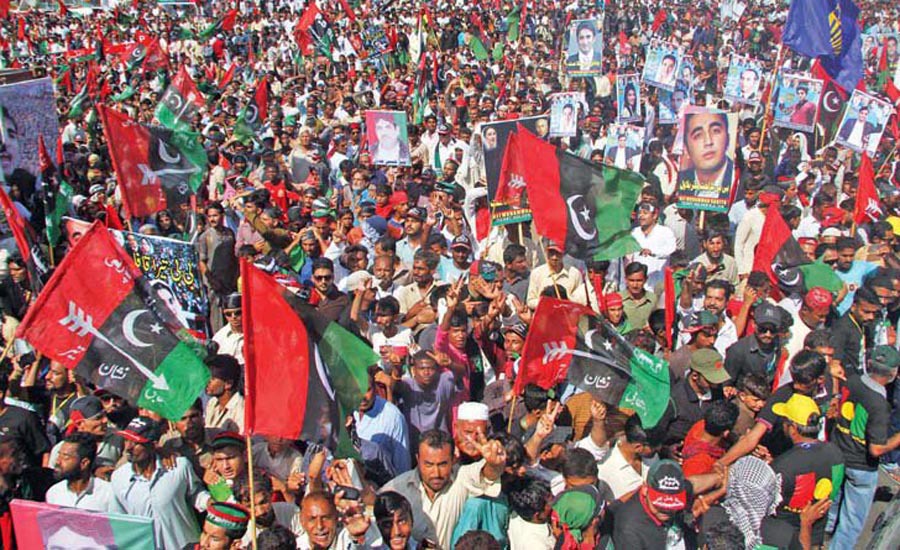 LAHORE (92 News) – Justice Shahid Abbasi of the Lahore High Court (LHC) allowed the Pakistan People’s Party (PPP) to hold a public meeting at Liaquat Bagh, Rawalpindi on December 27. Justice Shahid Abbasi remarked that it was the basic right of each political party to hold a peaceful meeting. The court ordered the administration to provide security to the participants. Expressing his anger at the activities of the NAB against the opposition on Monday, PPP chairman Bilawal Bhutto Zardari announced not to appear before the NAB on December 24. He termed the NAB notice issued to him as illegal. Bilawal Bhutto declared that he would not compromise on his political ideas. “I am not afraid of my arrest. I will be more dangerous if arrested. The government should arrest me if it has courage,” he said. He accused the government of hampering the public meeting on the death anniversary of the slain PPP chairman Benazir Bhutto. “The chief justice had stated that Bilawal Bhutto is not guilty. Those harassing the opposition without any reason should be ashamed,” he said. He said that the country could not run through the dictatorial method. Bilawal Bhutto demanded the judiciary should defend the rights of the people. “Nawaz Sharif was granted bail on medical grounds, but Asif Zardari and Faryal Talpur have been granted bail on merit,” he declared. He condemned the arrest of PML-N leader Ahsan Iqbal. “Shehbaz Sharif is the Opposition Leader in the National Assembly and he will definitely return to the country,” he said. “Whenever I try to forward the political struggle, a NAB notice is issued to me. A notice is issued from the fake NAB and accountability institutions,” he said.