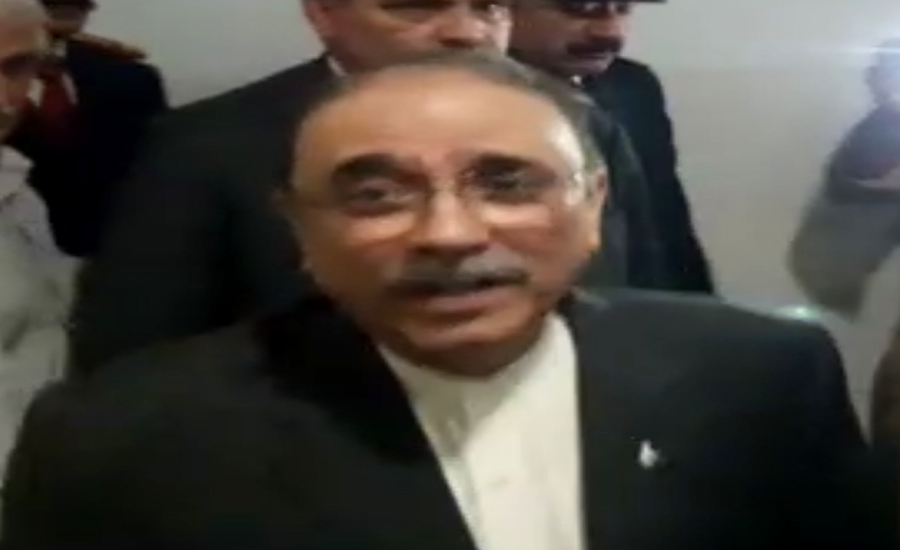 ISLAMABAD (92 News) – An accountability court on Tuesday extended former president Asif Ali Zardari’s physical remand for 13, 13 days for investigation into the both cases of Park Lane reference and mega money laundering. During the hearing, the judge asked if both NAB investigation officers could interrogate Zardari on a single remand. Responding to the court, investigation officers said that they would manage as per the court’s directives. “Can the NAB inform in how many cases Zardari’s arrest is required?” the judge asked. To this, Sardar Muzaffar said the bureau could only answer to that when the accused person’s involvement is evident in any case(s). “It is not possible [at the moment] to tell in how many cases he will be arrested,” he responded. Zardari’s defence counsel, Farooq H Naik, stated before the court that transparent investigation is a part of a fair trial, and the NAB should have proceeded with the investigations in a fair manner.

During the informal conversation with journalists, the former president condemned PML-N senior leader Rana Sanaullah’s arrest by the ANF. Zardari said Rana Sanaullah has been accused of smuggling drugs and its punishment is death sentence. He asked that why would the PML-N leader carry the narcotics in his own car. “A case was also filed against me and it took me five years to clear myself despite the fact that drugs were not recovered from me,” he added.