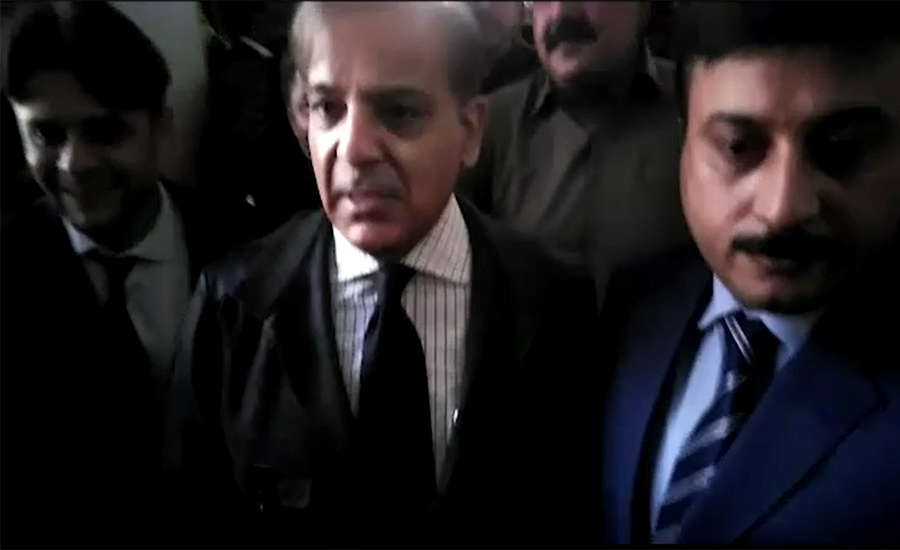 LAHORE (92 News) – The accountability court granted the transit remand of former chief minister Shehbaz Sharif for seven days. The court also ordered to provide medical facilities to Shehbaz Sharif. During the hearing, Shehbaz Sharif said that his family was not allowed to meet him despite the court orders. The prosecution said that no application was received for a meeting from the family of Shehbaz Sharif. Earlier, the NAB produced him in court amid stringent security. The NAB had sought his transit remand after receiving his production order from National Assembly Speaker Asad Qaisar. A NAB team will shift Shehbaz Sharif to Islamabad on Friday. On the other hand, the PML-N workers resorted to hooliganism and scuffled with the police. They also tried to enter the accountability court forcibly. The PML-N leaders were seen encouraging hooligans.