Court to hear case against Anupam over controversial movie tomorrow 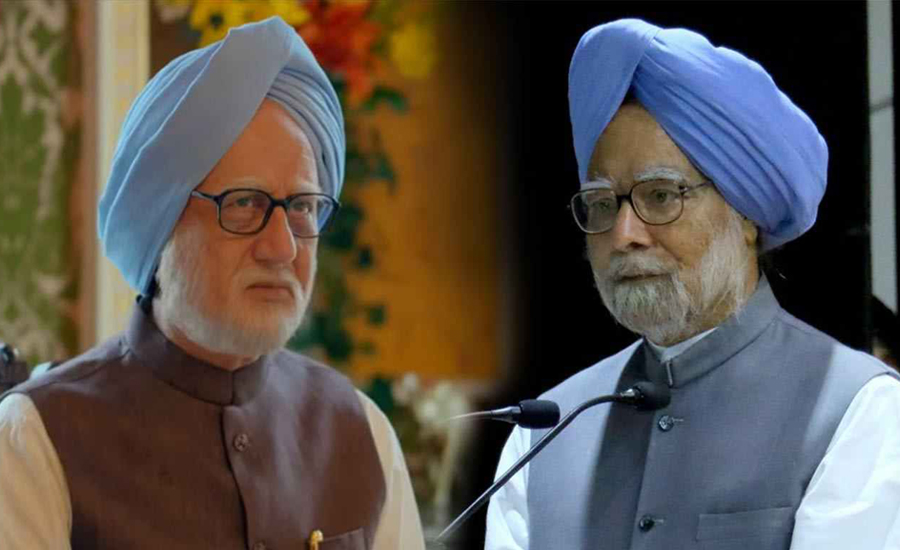 Court to hear case against Anupam over controversial movie tomorrow

MUMBAI (92 News) – The Chief Judicial Magistrate (CJM) court in Muzaffarpur will hear the case against Bollywood actor Anupam Kher over the role played in “The Accidental Prime Minister” on Tuesday (tomorrow). Earlier on Wednesday, the complaint was lodged against actor Anupam Kher and others associated with upcoming film ‘Accidental Prime Minister’ for allegedly maligning the image of eminent politicians of the country, specifically former prime minister Manmohan Singh. The court has admitted the case and fixed January 8 for hearing in the court of sub-divisional Judicial Magistrate Gaurab Kamal. Muzaffarpur based lawyer Sudhir Kumar Ojha had lodged the petition. Ojha has habit of suing eminent personalities. Over the last one decade, he has lodged complaint cases in the court against several politicians, cricket players and cine stars over various issues. In his petition, Ojha complained that Kher and Akshay Khanna, who have played the role of former prime minister Manmohan Singh and his press adviser Sanjay Baru in the film, have intentionally maligned their image and in the process hurt religious and political sentiments. “The film has hurt me and many others in the country,” he said. Ojha said actors have also imitated characters of UPA chairperson Sonia Gandhi, Rahul Gandhi and Priyanka Vadra and have tried best to put them in bad light. He has demanded stringent actions against the film director and producer. Ojha has alleged that he felt “hurt” after viewing the film’s promo, set for release on January 11, on TV channels and YouTube. The petition was filed under IPC sections 295, 153, 153A, 293, 504 and 120B relating to promoting enmity between different groups, sale of obscene objects, insult with intent to provoke breach of peace and criminal conspiracy.