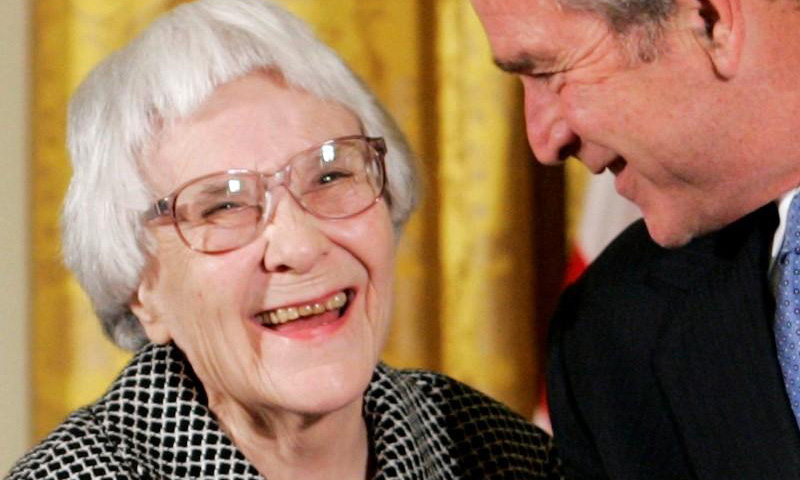 NEW YORK - Publisher Harper Collins on Wednesday released the cover of "Go Set a Watchman," the highly anticipated second novel by Pulitzer Prize-winning author Harper Lee. The cover of the book that will be published on July 14, half a century after Lee's masterpiece "To Kill a Mockingbird," features a tree in the foreground and a railroad track with a train in the distance. Michael Morrison, the president and publisher of U.S. general books and Canada at Harper Collins, said the cover draws on the style of the decade in which the book was written, but with a modern twist. "'Go Set a Watchman' begins with Scout's train ride home, but more profoundly, it is about the journey Harper Lee's beloved characters have taken in the subsequent 20 years of their lives," Morrison said in a statement. The upcoming book has been surrounded by controversy since its publication was announced in February. Until then, few people knew it existed; even Lee, 88, had thought it had been lost. Written before "To Kill a Mockingbird," the book features the same characters, lawyer Atticus Finch and his daughter Scout, but later as she returns as an adult to the fictional town of Maycomb, Alabama. There were concerns about whether Lee had been pressured into agreeing to have the book published, and an unspecified complaint of elder abuse that was investigated by the Alabama Securities Commission. Earlier this month, the commission closed its probe, saying Lee had made it clear that she wanted the book to be published. "To Kill a Mockingbird," which became an American classic, was adapted into an Academy Award-winning film starring Gregory Peck. - REUTERS