CPEC is a game changer for region, says FM Qureshi 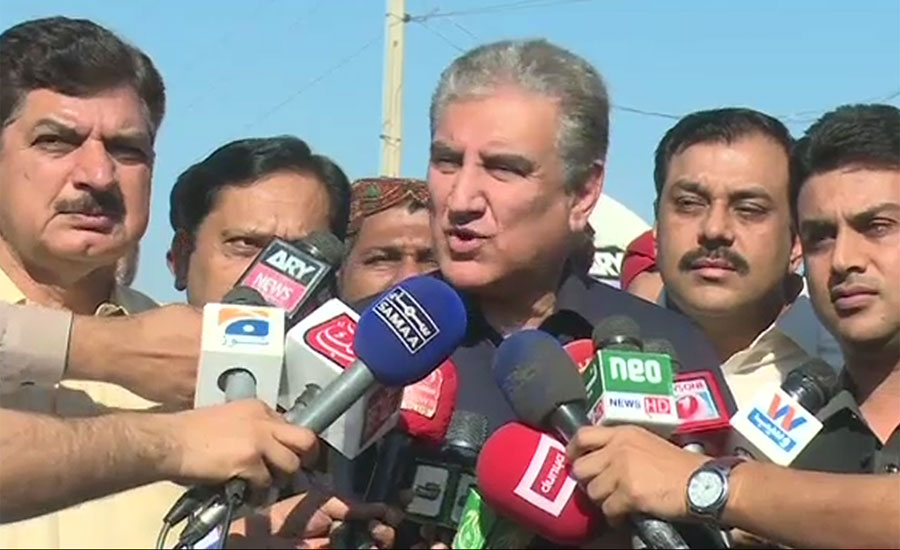 CPEC is a game changer for region, says FM Qureshi

MULTAN (92 News) – Foreign Minister (FM) Shah Mehmood Qureshi has said that CPEC is a game changer for the region and there were no restriction for any country including US to invest in Economic Zones being established under it. Talking to the journalists, FM Qureshi said that the CPEC is inevitable for the development of country and it will be further expanded.

Kashmir Cell to be held at FO

To a question, the minister said a national consensus exists among all political parties on the issue of Kashmir. He said that it has been decided that next meeting of the Kashmir Cell will be held at Foreign Office in Islamabad in which Prime Minister Imran Khan will also be invited to attend. The prime minister will be briefed on next course of action in the light of developments taking place on Kashmir. FM Qureshi said in another development Indian Supreme Court has also directed the BJP-led government to present its stance on the issue. He also said Pakistan wants to reemphasize that focus on Kashmir which was diverted due to internal politics in the country. The minister urged the media to keep its focus on plight of Kashmiris and Indian brutal tactics to suppress their right to self-determination.

Pakistan protests with Norway over desecration of Holy Quran

Shah mehmood Qureshi said that Pakistan has raised its protest at the diplomatic level with Norway over the desecration of Holy Quran in that country. The Norwegian ambassador was called at Foreign Office yesterday and conveyed of Pakistan's deep concern and protest on the matter. Pakistani ambassador in Norway has also been directed to raise the issue with the host government in order to bring the culprit to justice. On Saturday, Chinese Ambassador to Pakistan Yao Jing rejected US Acting Assistant Secretary of State for South Asia Alice Wells’ statement regarding CPEC. Addressing the 5th CPEC Media Forum, the Chinese ambassador said Pak-China relations are based on win-win cooperation and are mutually beneficial. He expressed astonishment over Alice Wells’ statement of higher tariff in power plants, established under CPEC.