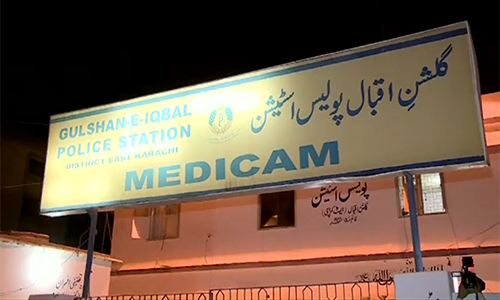 KARACHI (92 News) – Unknown bikers conducted a cracker attack on the Gulshan police station in Karachi on Thursday. The attackers managed to escape from the scene. No loss was reported. On the other hand, the Rangers conducted a raid in Old Golimar area and arrested five activists of Lyari gang war. A huge quantity of weapons was also recovered from the accused.