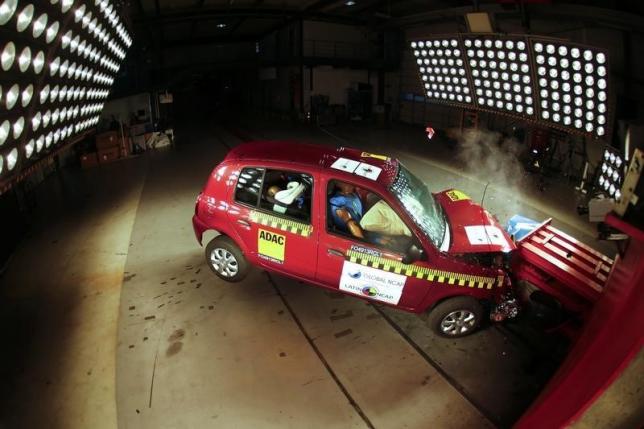 DETROIT - Three of the top five technologies US consumers want in their next car or truck relate to crash prevention, indicating a growing acceptance of the idea of developing self-driving vehicles, according to a new study released on Wednesday. Those technologies include systems for blind-spot detection and prevention, night vision and enhanced collision mitigation, according to the J.D. Power 2015 US Tech Choice Study. "These findings demonstrate growing customer acceptance towards the concept of the vehicle taking over critical functions such as braking and steering, which are the foundational building blocks leading to the possibility of fully-autonomous driving," market research company J.D. Power said in a statement. The other two technologies in the top five were camera rearview mirrors and self-healing paint, it said. According to the report, there was also a generation gap when it came to which consumers were more open to spending for certain technologies. The youngest age group, Gen Y - who make up the second-largest group of new-car buyers so far this year behind Baby Boomers - were willing to spend an average of just over $3,700 on technology for their next vehicle, J.D. Power said. As buyers got older, the total declined: Gen X ($3,007), Baby Boomer ($2,416) and Pre-Boomer ($2,067). The study found that the two younger generations have a higher preference for self-driving automation technology, while the oldest group, the Pre-Boomers, has a greater preference for lower levels of automation. “The auto industry is standing on its head to keep technology up to consumers’ new standards,” Kristin Kolodge, executive director of driver interaction at J.D. Power, said. “Those who haven’t done so have seen negative feedback from consumers.” The study was conducted January through March, based on an online survey of more than 5,300 consumers who bought or leased a new vehicle in the past five years. - Reuters