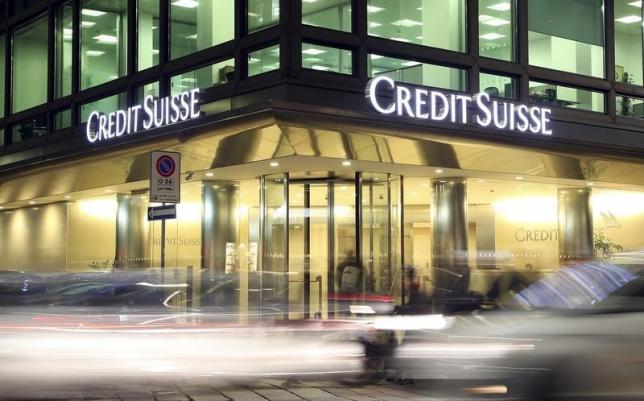 ZURICH - A slump in investment banking revenues pushed Credit Suisse to accelerate its cost-cutting plan as Chief Executive Tidjane Thiam admitted he had been unaware of trading positions that triggered more big writedowns in the first quarter. Switzerland's second-biggest bank said on Wednesday it would shave an additional 800 million Swiss francs (582 million pounds) off costs and cut 2,000 more jobs from its Global Markets division. The unit is expected to record a 40 to 45 percent drop in first-quarter revenues and is selling off holdings of illiquid assets that the bank's senior management had not had on its radar. Asked in an analyst call who would be held responsible for about $1 billion in losses on its illiquid credit portfolio over the past two quarters, Thiam said things had clearly gone wrong but the bank was now confident the problems had been identified. "We can't have the CEO and a CFO in a bank surprised by something like that," Thiam said on a media call. Thiam later said he had total confidence in finance chief David Mathers and global markets head Tim O'Hara. The first quarter is normally the most lucrative period for the industry, when investors put their money to work at the start of the year, but this year revenues have been hit by record low interest rates, low commodity prices and slower growth in emerging markets. Rival Deutsche Bank's finance chief said on Tuesday the first two months of 2016 were the worst start to a year for banks that he has seen in his banking career. Credit Suisse said job cuts would come mostly in London and New York. The latest cuts bring the total to 6,000 job losses announced by Thiam, who took over last year. "I'm aware that I'm not very popular right now," Thiam told a banking conference in Zurich. "It's not my job to be popular. I'm trying to do the right thing." Thiam disclosed that he had asked for his 2015 bonus to be cut by 40 percent, even more than the 36 percent cuts in bonuses for staff in the Global Markets division. The chief executive from Ivory Coast is five months into implementing his new strategy. He raised around 6 billion Swiss francs in capital last year and is cutting back Credit Suisse's volatile investment banking business while focusing on more stable wealth management. Credit Suisse shares, which had fallen by more than a third this year, rose 0.9 percent on Wednesday. "This was the restructuring plan investors were hoping for last year," said George Karamanos, an analyst at Keefe, Bruyette & Woods. "A negative operating environment has forced management to address tough issues it avoided last time around." -Reuters