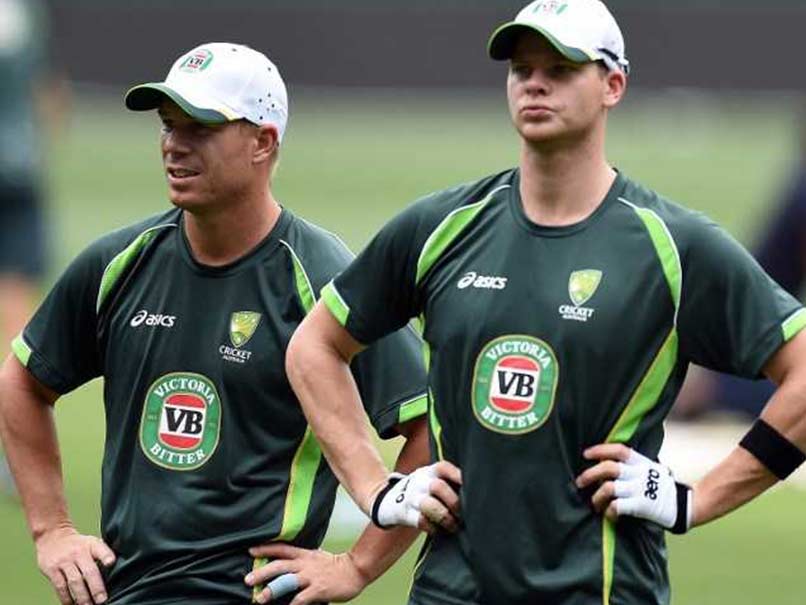 SYDNEY (Reuters) - Australia’s Magellan Financial Group Ltd cancelled a naming rights sponsorship deal with Cricket Australia after it banned players involved in a ball-tampering scandal, the biggest blow to the country’s governing body reeling from the incident. Though some sponsors of Australian cricketers have pulled individual sponsorship deals, the decision by Magellan suggests the financial impact of the episode will go to the core of a sport seen by many Australians as the embodiment of fairness. Late on Wednesday, Cricket Australia slapped captain Steve Smith and vice-captain David Warner with 12-month bans from international and domestic cricket for their role in an episode that has earned condemnation from leaders all the way up to the prime minister. Cameron Bancroft, who was caught on camera attempting to scuff up the ball with improvised sandpaper during a Test against South Africa in Cape Town, was banned for nine months. All three were sent home from South Africa. Magellan said it was ending its contract with Cricket Australia seven months into a three-year deal which was based on shared values of “integrity, leadership, dedication and an unwavering customer-first culture”. “A conspiracy by the leadership of the Australian Men’s Test Cricket Team which broke the rules with a clear intention to gain an unfair advantage during the third Test in South Africa goes to the heart of integrity,” Magellan CEO Hamish Douglass said in the statement. “These recent events are so inconsistent with our values that we are left with no option but to terminate our ongoing partnership with Cricket Australia.” Magellan has not put a price on the sponsorship deal and did not immediately return calls seeking more details, but Australian media reported it was worth about A$20 million (10.87 million pounds). The company’s 2017 annual report forecast a “material increase in its currently modest marketing expenditure” in part because of cricket sponsorship. Morals clauses are commonplace in sports sponsorship deals, allowing both parties to exit if the other engages in conduct that might negatively impact on the image, goodwill and reputation of their partner. More than 52 percent of Australians thought suspending players for a season was the most appropriate punishment for ball tampering, a poll by Australian cable television network Sky News found. Nearly a third supported a lifetime ban.

Breakfast cereal maker Sanitarium Australia, which is owned by the Seventh-day Adventist Church, said it ended its relationship with team captain Smith as a breakfast cereal “Weet-Bix brand ambassador”, effective immediately. “Weet-Bix ambassadors represent our brand values of trust and integrity, and they speak to everything that is good about being Australian,” said Sanitarium executive general manager Todd Saunders.
“Based on the ball tampering incident and the findings of Cricket Australia’s investigation, we are unable to continue our relationship with Steve Smith,” Saunders added. Sports apparel maker ASICS Corp cancelled sponsorship deals with both vice-captain Warner and Bancroft, describing their actions as “not something that ASICS tolerates and are contrary to the values the company stands for”. For Warner, ASICS was the second sponsor in two days to abandon him. Electronics maker LG had already said it would not be giving the 31-year-old a new sponsorship deal. Other Cricket Australia sponsors stood by the organisation, saying they were satisfied with its handling of the matter. A spokesman for Yum! Brands Inc, owner of fast food chain KFC, a Cricket Australia sponsor, told Reuters in an email it was “pleased that Cricket Australia has dealt with this incident swiftly for the benefit of the game and its fans” without commenting further. A spokesperson for Toyota Corp said the carmaker supported “Cricket Australia’s decision to initiate an independent review into the conduct and culture of the Australian men’s teams”.