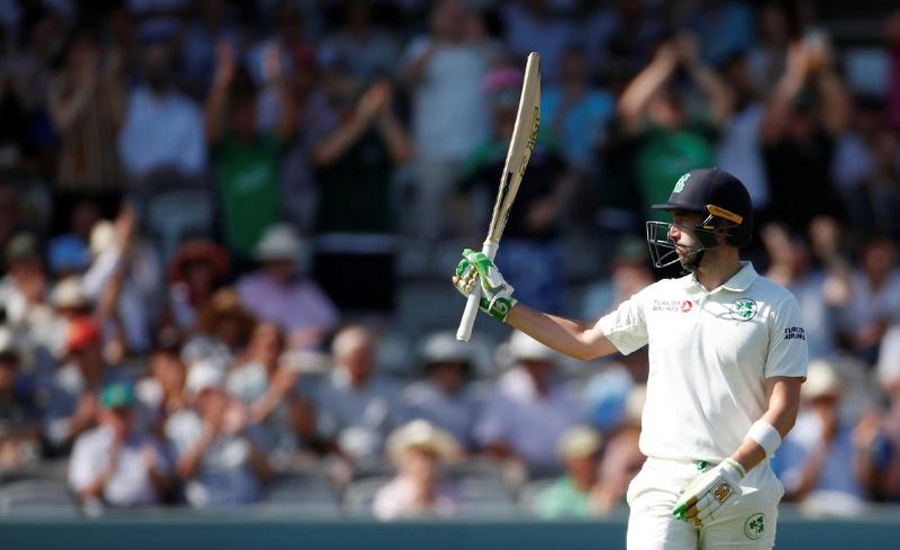 LONDON (Reuters) - Ireland were in a dominant position at tea on the first day of their four-day Test against England at Lord’s after bowling the hosts out for 85 and then reaching 127-2 in reply on Wednesday. In a dream start to their first test match against England, Tim Murtagh took five for 13 as England were bowled out before lunch in a Lord’s test for the first time. Sam Curran took two wickets after the break to make inroads into the Ireland order but Andy Balbirnie and Paul Stirling shared an unbeaten third-wicket partnership to put the visitors in an unexpected position of strength. They lead by 42 runs with Balbirnie on 51 and Stirling on 35.