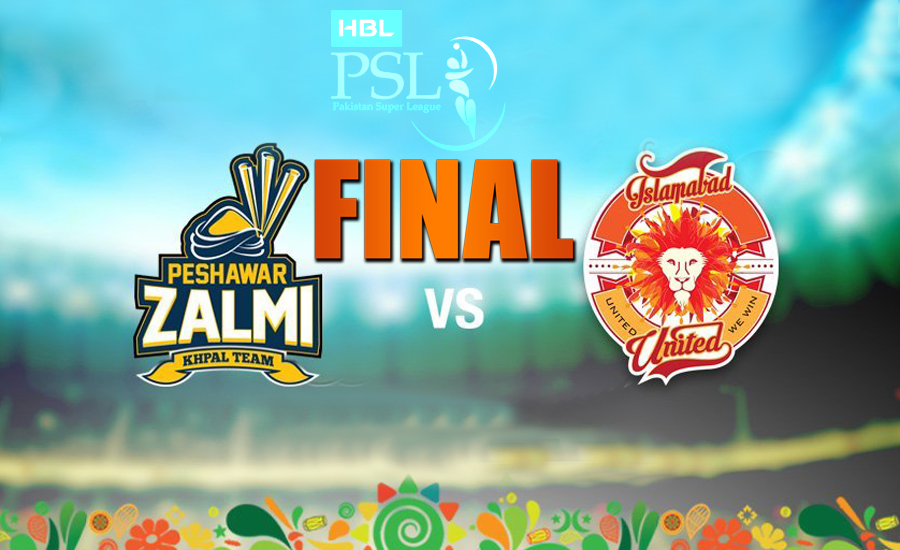 KARACHI (92 News) – Pakistan’s biggest city will witness a high-profile cricket match for the first time in nine years tonight when the defending champions Peshawar Zalmi will take on Islamabad United in the final of the third edition of the Pakistan Super League (PSL) at the newly renovated Karachi National Stadium amid heavy security. The match will start at 8pm while full of entertainment closing ceremony of PSL-III will also be held at the Stadium. Strings Band, Ali Zafar, Shahzad Roy, Farhan Saeed and Aima Baig will perform during the closing ceremony. Both the teams are eyeing their second title triumph as Islamabad won the first edition of this league in 2016. More than 8,000 security personnel have been deployed for the final. Karachi, now with a population of 15 million, last saw a major game with international players in February 2009 – Sri Lanka vs. Pakistan in a test match. Sindh Home Minister Sohail Anwar Khan Siyal said that 15000 policemen have been deputed to perform duties during PSL final. For Karachi fans it is a special moment as big cricket returns to this city after close to a decade. The talking point before the final is whether Islamabad will be led by Misbah-ul-Haq, who is nursing a hairline fracture to his wrist. Waqar Younis the director and bowling coach of the Islamabad team along with JP Duminy, who captained the team in the last match, while addressing the media in Karachi said that a decision on Misbah would be taken only after a complete medical examination. The final is also being seen as a clash of two in-form wicketkeeper batsmen of the respective sides — Kamran Akmal and Luke Ronchi. Interestingly both are 36 years old but have sparkled as openers. When Duminy was asked whether the tight security will affect the players’s concentration, he said: “Not at all, it will not play on my mind. It’s a unique occasion. At the end of the day, it’s about the performance we give on the ground.” Darren Sammy, the Peshawar skipper, said whoever wins the final, ultimately cricket will be the winner. “We are here to defend our title. We know it was not going to be easy, but the journey has been a great one. I want fans in Karachi to come and support us for good cricket. And hopefully both teams could put up a great show. I think it’s been over 10 years that they had any sort of major cricket here and in the end, cricket will be the winner.”