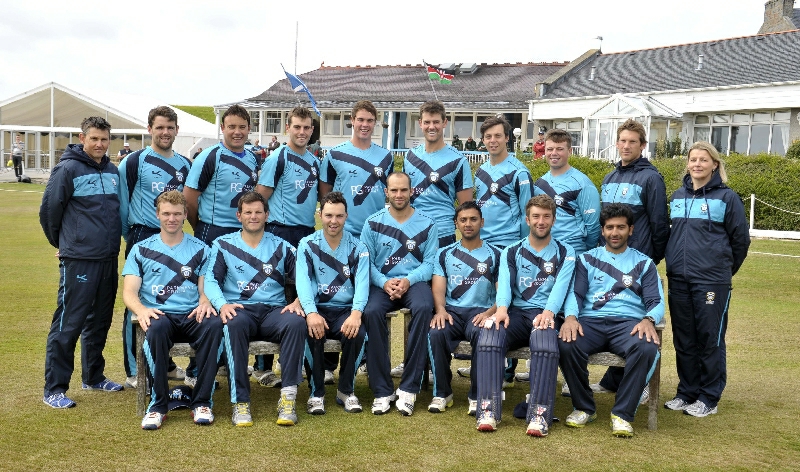 AUCKLAND - Given that Scotland still have a mountain to climb to win their first ever cricket World Cup game, it is a pity that tales of bowler Iain Wardlaw scaling Mount Everest turned out to be nothing more than a joke that got out of hand. Cricket's global showpiece has confirmed the Scots are a way from being able to compete with the top test playing nations but they have shown glimpses of quality and been involved in some of the tournament's most enjoyable games. After briefly threatening co-hosts New Zealand in their opener, Scotland were beaten handily by England and Bangladesh but were on the verge of a milestone win against Afghanistan, losing a nailbiter in the final over. Their six-wicket loss to Bangladesh on Thursday also featured the first World Cup century by a Scotland batsman, Kyle Coetzer smashing 156 at Saxton Oval in Nelson. A bowling unit that impressed in a comfortable win over Ireland ahead of the World Cup has been picked apart at times during the tournament but both Josh Davey and Wardlaw have enjoyed some success and collected some high-profile victims. Right-arm seamer Wardlaw took three wickets against New Zealand, including those of in-form openers Martin Guptill and Brendon McCullum. However, while he has been far from embarrassed on the field, Wardlaw has somewhat sheepishly had to set the record straight about his claim to fame -- that he climbed Everest. "A couple of years ago, when I first started with Scotland, we had a bit of a joke. Somehow it got misconstrued, put on the website and it spiralled out of control," he told the BBC. "It got totally out of hand. I had people from Nepal tweeting to say 'good luck, I'm sure it won't be as tough as climbing the mountain'." NO JOKE While Wardlaw's Everest claim was made in jest, Scotland have been no joke at the World Cup. With the ICC set to cut the number of teams at the next tournament to 10 from the current 14, qualification will become that much harder. Scotland played 24 matches between the 2011 and 2015 World Cups, with just four of those against test nations, and a continued lack of exposure to top level cricket could leave them caught up in a vicious circle. One of four non-test playing nations at the World Cup alongside Ireland, Afghanistan and United Arab Emirates, "associates" Scotland needed more big-match experience between the elite four-yearly tournament, said skipper Preston Mommsen. "For me what is even more important is what happens in between every World Cup and the fixtures that are made available to associate nations and the ... amount of cricket they're playing at a high quality level," he said. "Because at the moment, it's quite clearly not enough." Coetzer, Aberdeen born and bred despite the South African-sounding name, was disappointed at the defeat to Bangladesh but hoped his performance with the bat had helped Scotland stake a claim for inclusion at future tournaments. "It's nice to show the world what we're capable of," he said. If the ICC go ahead with its plans, however, it may be some time before we see the likes of Scotland at the World Cup again. - Reuters