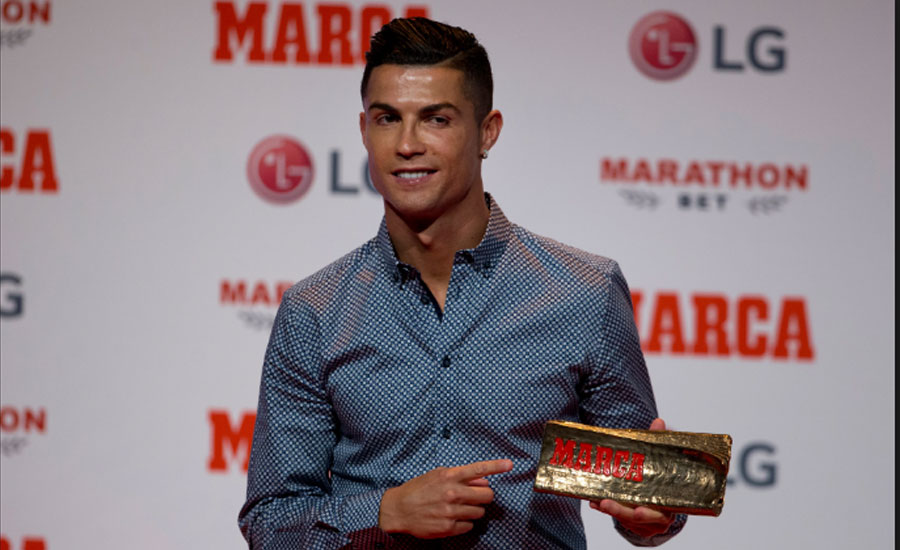 LISBON (WEB DESK) – Portugal star footballer Cristiano Ronaldo has added Marca’s Legend award, for his incredible achievements with Real Madrid, to his ever-growing trophy collection. The Juventus forward, 34, posed with stunning partner Georgina Rodriguez, 25, after he received the honour for his achievements with Real Madrid. Individual and team honours have always found their way into his hands, and he's set to receive another this Monday in the form of the MARCA Legend award. 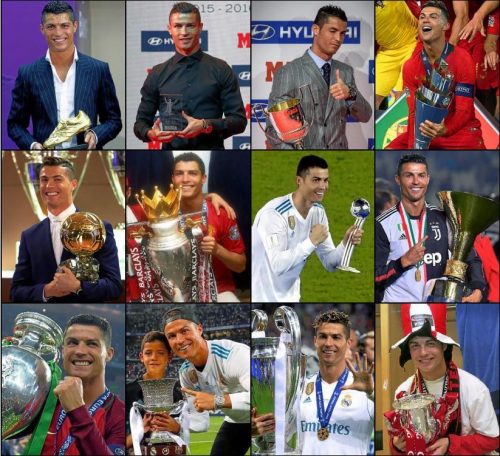 The likes of Muhammed Ali, Usain Bolt, Michael Jordan, Pele, Diego Maradona and Lionel Messi have won the prestigious award. Ronaldo added his name to the star-studded list after he jetted back to the Spanish capital to pick up his trophy. He spent nine years with Real Madrid before he completed his £99million move to Juventus in July. During his time at the Bernabeu, he won four Champions League titles, two Copa del Reys and two La Liga titles. Ronaldo left as the club's all-time top scorer with an incredible 451 goals in 438 games. Speaking at the ceremony held in Teatro Reina Victoria, he said: "This is one of the most beautiful cities in the world. "I travel a lot, but I haven't seen many cities like Madrid. I hope to return to Madrid as soon as possible because this is a city I love." And he was interviewed by some young fans that were desperate to know whether he misses Madrid more than Manchester United. The five-time Ballon d'Or winner replied: "I miss both of them, but I spent more time at Real Madrid and my family grew up here so I miss Real Madrid more. "It wasn't easy to leave Real Madrid after nine years." He smiled for the camera as he posed alongside his gorgeous partner - who turned heads in a flattering beige dress.

Earlier, evergreen Cristiano Ronaldo scored a hat-trick, including two late goals, to give Portugal a 3-1 win over Switzerland in a Nations League semi-final featuring an extraordinary VAR incident. Ronaldo blasted Portugal ahead from a free kick in the 25th minute, his first goal for his country for nearly a year, but the Swiss equalised with a penalty after halftime which will raise more questions over the use of the VAR system. His goals — his first for his country since last year’s World Cup in Russia – rescued Portugal after the Swiss had dominated for the final half hour and threatened to snatch a shock win.