Croatia will have excess energy for World Cup final - Rakitic 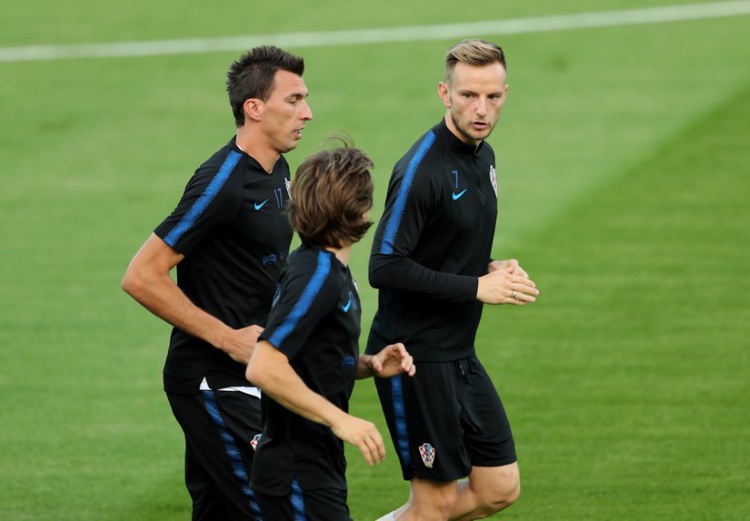 Croatia will have excess energy for World Cup final - Rakitic

MOSCOW (Reuters) - Croatia will have more than enough energy to take on France in the World Cup final on Sunday despite being taken to extra time in all three of their World Cup knockout matches, midfielder Ivan Rakitic said.
The Croats needed penalties to beat Denmark and Russia in the last-16 and quarter-finals respectively and then played another 120 minutes to edge England in the last four and reach their first tournament final. Some of Rakitic’s team mates looked to have reached their physical limits after the England game and were barely able to get off the pitch. Yet that will matter little in the biggest game the Balkan nation has ever played, Rakitic said on Friday. “There will be excess power and energy, don’t you worry about it,” Rakitic told reporters. “This is an historic game not only for us. For the players but also for everybody who is a Croat.” “There will be 4.5 million (population of Croatia) players on the pitch. We will carry each another, we will have the energy. We want to leave the pitch with our heads held high and to say we did everything.” Croatia reached the last four at the 1998 World Cup but lost 2-1 to eventual winners France. For Rakitic that game means nothing. “We have to put that game behind us. History is history and the past is the past. We dreamt about (France’s Lilian) Thuram and his two goals for many years but we have to put that past us. They won that tournament. We want to win on Sunday.” The creative midfielder, who has won the Champions League, the Europa League and a string of other titles, said he would trade all of his trophies for the World Cup. He would even retire the next day if that was the price he would have to pay. “I would exchange all titles. I would definitely leave my boots at home if that were the price I would have to pay,” the 30-year-old said. “I would pay any price for the success of my country. Individuals don’t matter. It is all about us.” Rakitic was also quick to praise Argentine referee Nestor Pitana who will be in charge of the final. Pitana also refereed Croatia’s shootout victory over Denmark in the round of 16. “I was very glad to see that he will be refereeing. We had the luck to see him perform in the game against Demark. Not only did we win the game but he had a perfect attitude. His linesmen were also fantastic,” Rakitic said. “This is probably his greatest game of his career... I hope after the game we can shake hands and God willing he will congratulate me on our victory.”