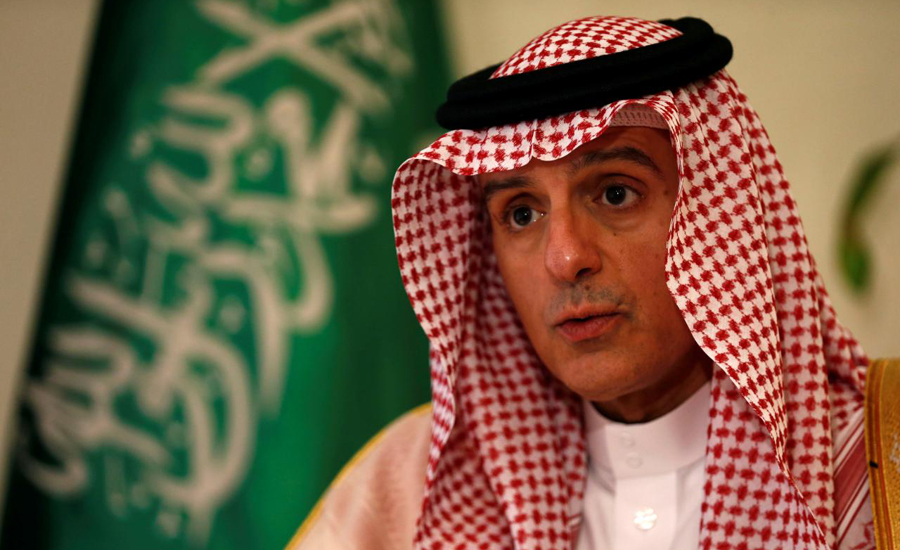 RIYADH – Saudi Foreign Minister Adel al-Jubeir said that the Crown prince had not been involved in the October 2 killing in the Saudi consulate in Istanbul. Speaking to BBC in Riyadh, he said: "In Saudi Arabia, our leadership is a red line. The custodian of the two holy mosques [King Salman] and the Crown Prince (Mohammed bin Salman) are a red line. They represent every Saudi citizen and every Saudi citizen represents them. And we will not tolerate any discussion of anything that is disparaging towards our monarch or our crown prince." This comes a day after the US Congress demanded an investigation into whether the prince had a role in the murder. In a statement on Tuesday, Trump acknowledged that the crown prince ‘could very well’ have known about Khashoggi's brutal murder, adding: "Maybe he did and maybe he didn't!" Al-Jubeir reiterated that the crown prince had not been involved in the murder. "We have made that very clear. We have investigations ongoing and we will punish the individuals who are responsible for this," he added. It has been widely reported in the US media that the CIA believes the grisly killing could only have happened on the crown prince's order. But Al-Jubeir disputed those reports, saying the killing was a "rogue operation" by intelligence agents. And the Saudi minister again urged Turkey to provide all the evidence about the killing and stop leaking information. He also said any potential US sanctions against Saudi Arabia would be short-sighted.