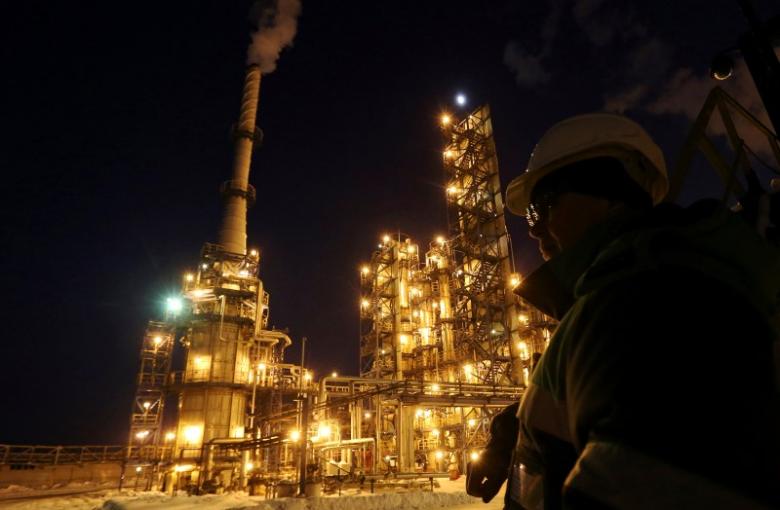 TOKYO - Crude prices inched down on Monday, paring 3 percent gains in the previous session, as the dollar firmed and traders eyed persistent concerns over a global oil glut despite some signs oil producers may try to tackle weak oil prices. The US dollar held firm as Friday's disappointing US jobs growth figures did little to change investors' perception that the Federal Reserve is likely to raise interest rates in coming months. "Crude is down now because they think there's going to be a hike in (US) interest rates," Tony Nunan, oil risk manager at Japan's Mitsubishi Corp in Tokyo said. "Probably the jobs report is good enough that there is a chance that there will be a rate hike in September." London Brent crude for November delivery LCOc1 was down 37 cents at $46.46 a barrel by 0353 GMT, after settling up $1.38 on Friday. NYMEX crude for October delivery CLc1 was down 35 cents at $44.09 a barrel. Trading in US crude is likely to be limited on Monday because of the US Labor Day holiday. Brent rallied to above $50 a barrel in late August helped by growing talk of a coordinated production freeze, but prices have since fallen as few believe OPEC will cut output. Russian Energy Minister Alexander Novak said on Saturday that an oil production freeze would be one of the issues discussed by crude producers later this month in Algeria. But despite talk of a freeze, few actually believe any deal would be reached in Algeria. "Even though there will be discussions in Algeria, there's no strong feeling that anything will be done, so the supply remains high," Nunan said. "Saudi Arabia's position hasn't changed. They are open to some kind of production freeze if Iran and other major producers join." Iran, OPEC's third largest producer, has said it would only cooperate in talks to freeze output if fellow exporters recognised its right to fully regain market share. Iran is ready to raise its oil production to 4 million barrels per day in a couple of months depending on market demand, a senior official from the National Iranian Oil Company said on Monday. -Reuters