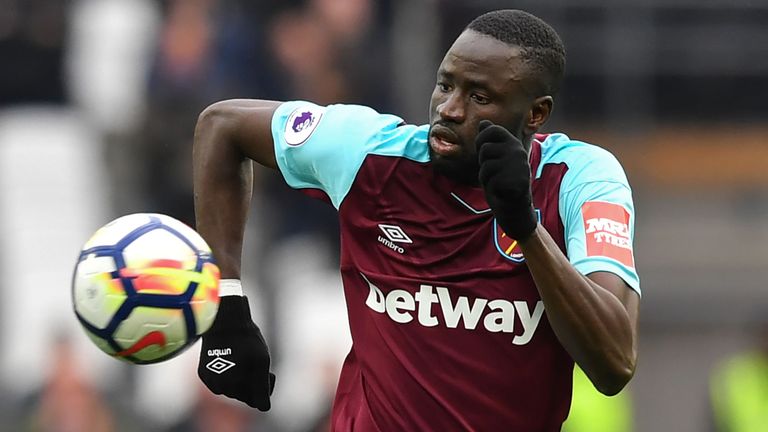 (Reuters) - Crystal Palace have signed midfielder Cheikhou Kouyate on a four-year contract from Premier League rivals West Ham United, the club said on Wednesday.
The Senegal international, who featured in all three of their matches at the World Cup, made 147 appearances for West Ham after joining them from Belgium’s RSC Anderlecht in 2014. The transfer fee was not disclosed but local media said Palace paid an initial 9.5 million pounds for the 28-year-old. “This is the right time to move because I needed a new challenge. I have good memories of West Ham but I need to come here and give my best because I like the Crystal Palace project,” Kouyate told the club’s website. Palace, who play Toulouse in a friendly on Saturday, open their new Premier League campaign at Fulham on Aug. 11.