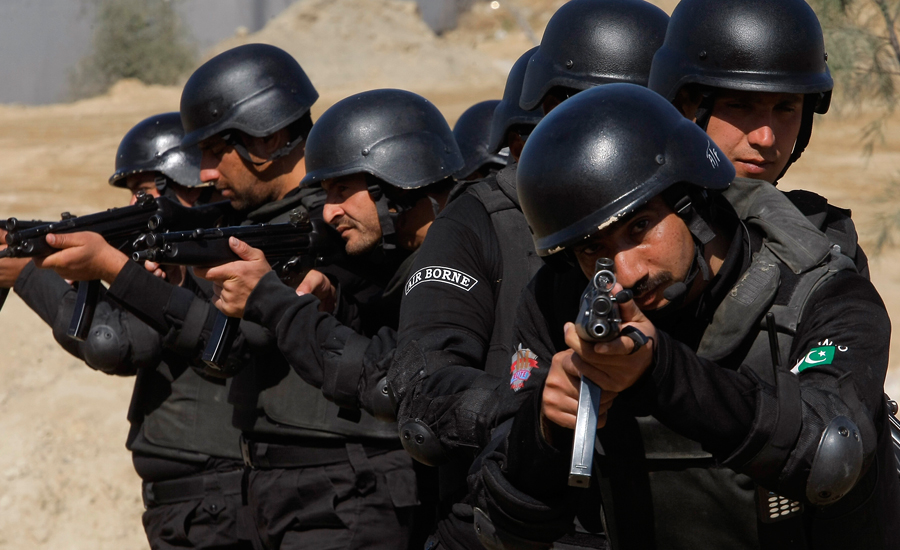 MULTAN (92 News) – The Counter-Terrorism Department (CTD) has on Wednesday arrested at least seven terrorists of a banned organization during a raid in Sewara Chowk.

As per details, the CTD raided a house in Sewara Chowk area and nabbed seven terrorists of a banned Jamaatul Ahrar.

Weapons and ammunition including hand grenades were also recovered from the arrested terrorists.

The law enforcers said that the arrested terrorists were planning to target sensitive installations in the city.

The terrorists were shifted to unknown location for further interrogation and a case was lodged against them under Anti-Terrorism.