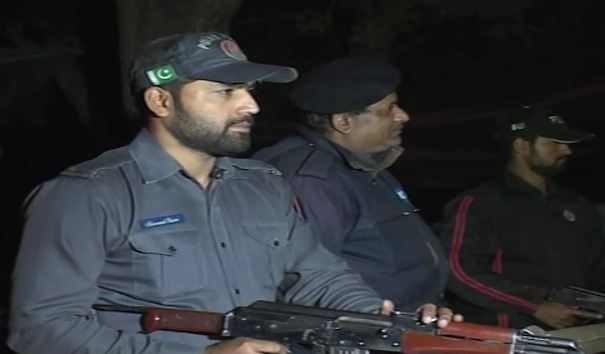 GUJRANWALA (92 News) – The Counter Terrorism Department (CTD) has on Wednesday nabbed a terrorist during a raid conducted at Sheikhupura Road Gujranwala near Mini Stadium. As per details, on a tip off, the Counter Terrorism Department (CTD) carried out a raid at Sheikhupura Road near Mini Stadium and detained a terrorist, who was planning to target intelligence agencies office. The CTD also recovered explosive material and time bomb from the possession of terrorist. The arrested terrorist was shifted to unknown place for further interrogation. The arrested terrorist was identified as Faisal Babar who has links with banned outfit Daesh commander Hafiz Umer.