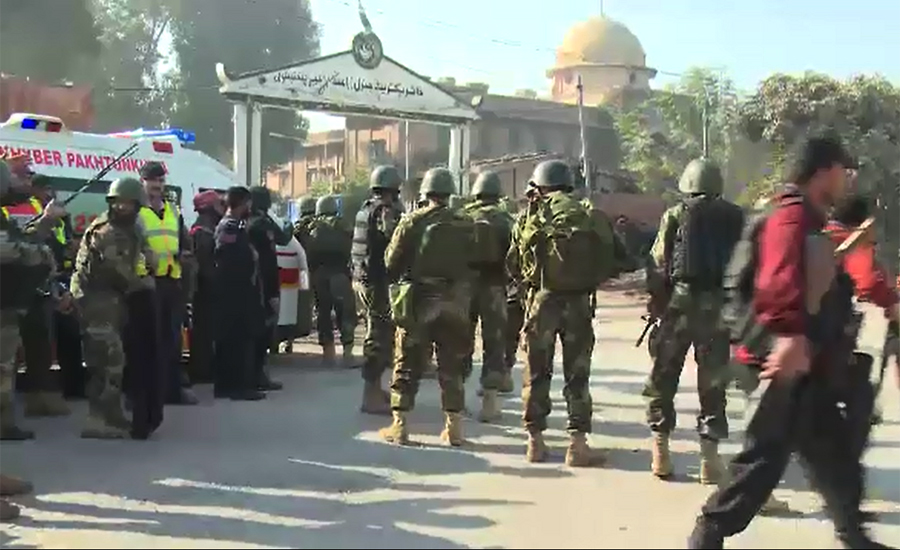 PESHAWAR (92 News) – The Counter Terrorism Department (CTD) have registered a case of an attack on Agriculture Training Institute, which claimed nine lives and injured dozens others, on the compliant of the University Town SHO. The case has been registered under sections of murder, attempt to murder, explosives and terrorism. Fourteen people are still being treated in Hayatabad Medical Complex and Khyber Teaching Hospital. Owing to the attack, all departments of Peshawar University, University Model School, University Public School, Jinnah College Formen, Law College, Home Economics and University College for Boys remained closed on Saturday. Investigators told 92 News that the rickshaw used in the attack carried a fake number plate and tampered chassis. They said that terrorists had pasted a sticker to conceal the real number plate. According to the Excise Department documents, the real chassis number of the rickshaw is NRA-79015 and it had been made 86555 through tampering. The rickshaw is registered in the name of Ibrahim.