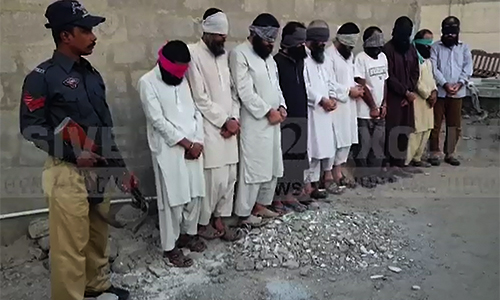 KARACHI (92 News) – The Counter Terrorism Department (CTD) and secret agencies arrested 13 terrorists from different areas of the city on Tuesday. The ameer of a banned outfit and nine activists were arrested from city’s Rizvia area. A heavy quantity of detonators and bomb-making gadgets were recovered from the terrorists. In another raid, three terrorists, including a mechanical engineer, were arrested.