Cuba begins to bury its dead from airline disaster 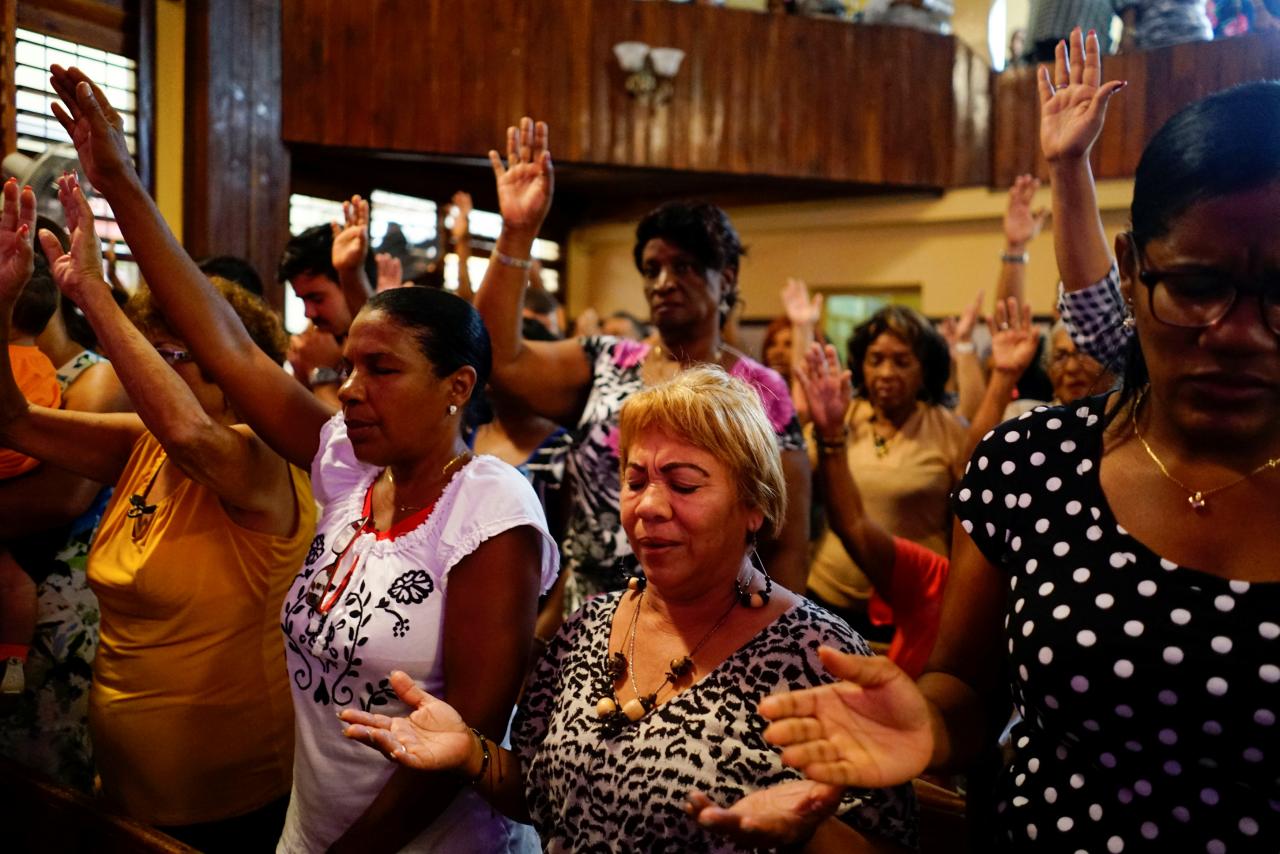 Cuba begins to bury its dead from airline disaster

HAVANA (Reuters) - Cubans in eastern Holguin province held a funeral for an art instructor and her small child, the first of 67 Holguin residents to be brought home for burial out of 110 people who died Friday in Cuba’s worst plane crash since 1989. Distressed residents gathered at a cultural centre in the coastal town of Gibara to sit with the remains and console the family, photos in the official Juventud Rebelde newspaper showed, a Cuban tradition that is followed by a quick burial. The fiery crash of an ageing Boeing passenger jet shortly after take-off from Havana on route to Holguin has stunned the Caribbean island nation where prayers were given for the dead and three survivors at services across the country. The survivors, all women, are in critical condition, and their progress is being closely followed by many Cubans through regular hospital updates. “Everyone is hoping and praying for them,” said retired Havana telephone operator Marlen Rodriguez Rebasa. “Everyone is very attentive and wants them to survive. They are very young and have families.” Sunday marked the second and last day of official mourning for the victims, which included 99 Cuban passengers, three foreign tourists - two Argentines and a Mexican - and two Sahrawi residents in Cuba. Also among the dead were six Mexican crew members of a little-known Mexican company called Damojh, that leased the nearly 40-year-old Boeing 737 to Cuban flagship carrier Cubana. The company has come under scrutiny due to allegations of previous safety problems and complaints by former employees. A pilot who used to work for Damojh was quoted by Mexican newspaper Milenio criticizing the company for lack of adequate maintenance of planes. Damojh declined to comment, while Mexico’s Directorate General of Civil Aeronautics said a new audit of the company would be undertaken to ensure it was still “fulfilling norms.” The charter company would be allowed to continue flying its two other planes until the survey was concluded, a spokesman for the directorate general said. “If we conclude the physical revision and there is nothing wrong with them, no issue, they continue to fly,” he said. Investigators kept combing the wreckage , some 20 kilometres (11 miles) from downtown Havana, searching for a second black box containing mechanical data. The cockpit voice recorder was recovered in good condition on Saturday. Representatives from Boeing and Mexico were expected to join the investigation into what caused the crash, Transportation Minister Adel Yzquierdo said on Saturday, a process that can take weeks or months. In Gibara, family and friends of teacher Suyen Lizandra Figueredo Driggs and her daughter Alexa Rivas Figueredo were able to find some closure. However, for many relatives of the dead that will take time as identification of their loved ones remains an arduous task due to the condition of the victims’ bodies. “Out of all these corpses, we have 20 identified so far,” Sergio Rabell, head of the National Institute of Forensic Medicine, told the local media .He said the process could take up to a month.