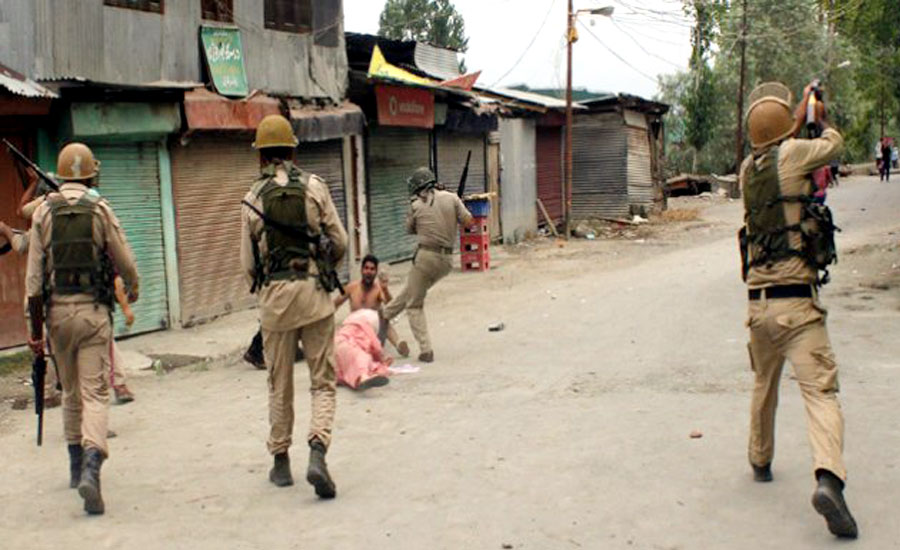 SRINAGAR (92 News) – The sufferings of the people of Kashmir valley and Muslim majority areas of Jammu region continue unabated as curfew and communications blockade complete two months, on Friday in Indian Occupied Kashmir (IoK) The continued gag on communications means in the Kashmir valley and Muslim majority areas of Jammu region badly affecting common people especially the lives of those professionals dependent on internet, students and journalists. Life in the occupied valley remains crippled due to curfew and heavy presence of Indian troops dotting the roads and streets. All shops, markets, business establishments and educational institutions are closed while traffic if off the roads. The shortage of essential commodities like milk, baby food and life-saving medicines due to blockade is adding to the miseries of the residents. Narendra Modi-led communal government in New Delhi had put occupied Kashmir under military siege on August 5 this year when it repealed special status of the territory. A hospital administrator told media that they have constantly been asking the concerned authorities to consider their case for having a lease line at the hospital. “But they have so far given us a cold shoulder. We have been caught in a quandary as we cannot turn down the patients, but at the same time, we are not able to process their cases,” he said.

Indian troops arrest over a dozen youth in IOK