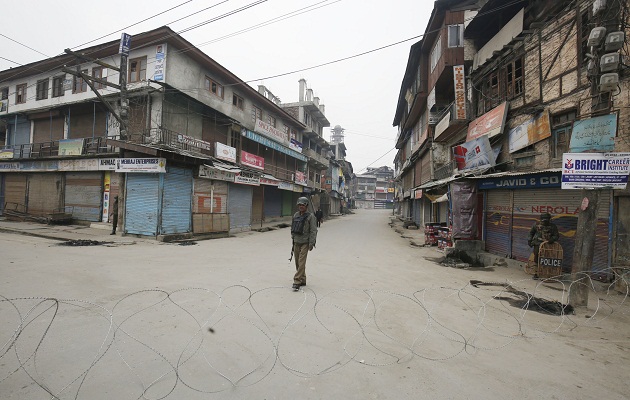 SRINAGAR (92 News) – At least 50 people are now confirmed dead following days of violent clashes between protesters and Indian forces over the killing of a popular Hurriyet leader in the Indian-held Kashmir (IHK). Curfew, meanwhile, remained in force across the Valley as there was no sign of the deadly clashes between protesters and security forces ending. Hospitals across the Muslim-majority region have been overwhelmed with patients. Over 1,500 people have been injured, many of them critically. Police and paramilitary personnel have been deployed in strength across the Valley for strict implementation of the prohibitory orders, the official said. He said there were no reports of fresh violence from anywhere in the Valley so far. Normal life also remained paralyzed for the 12th day on Tuesday due to separatist-sponsored strike, which has now been extended till July 22. Previously, protests erupted on Saturday over the killing of Burhan Wani, a charismatic young Hurriyet leader from Kashmir who was shot dead by Indian security forces the previous day. Tens of thousands attended Wani’s funeral march from 5am on Saturday in his hometown of Tral, despite police warnings to stay at home, and street protests quickly spread across the valley. In ensuing clashes, security forces fired live ammunition at protesters. Mobile phone networks have been shut down across the heavily militarized valley, while shops and offices are closed and public transport is suspended. Amid fears of further escalation on Monday night, a grenade attack injured three policemen outside Srinigar, and another officer was taken hostage by a mob demanding the release of three youths arrested earlier for stone-throwing. Prime Minister Nawaz Sharif had condemned India's crackdown on civilian protesters and resulting deaths, while he described Wani, 22, a commander of the Hizbul Mujahedeen group, as a "Kashmiri leader."