Custodial death: SHOs to be blacklisted for field posting in Punjab

Custodial death: SHOs to be blacklisted for field posting in Punjab

LAHORE (92 News) - The Punjab police chief announced on Sunday that a station house officer (SHO) of any any police station if is found involved in police torture cum custodial death in future will be black-listed for field posting forever. He said further announced that the SHO, the Circle Officer and the District Police Officer (DPO) will be booked in FIRs in case of custodial torture and death. Addressing the Regional Police Officers (RPOs) and DPOs via video link at the Central Police Office (CPO), Inspector General of Punjab police Captain (retired) Arif Nawaz Khan directed senior field officers to conduct surprise visits to the police station lock ups to check illegal detentions. 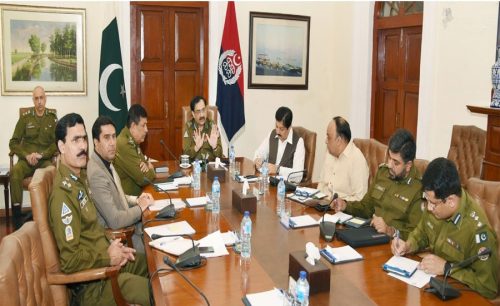 All those officials responsible for such detentions should be confined in the same lock ups, he further ordered to his subordinates. Khan said in case of custodial torture or death FIR will be registered against the circle officer, SHO and DPO while SHO involved in custodial torture will be blacklisted and will not be given posting at any Police Station. "All RPOs and DPOs should increase surprise visits and inspection and in case of any illegal detention involved officials must be put behind bars in the same police stations ensuring an immediate strict departmental and legal action."