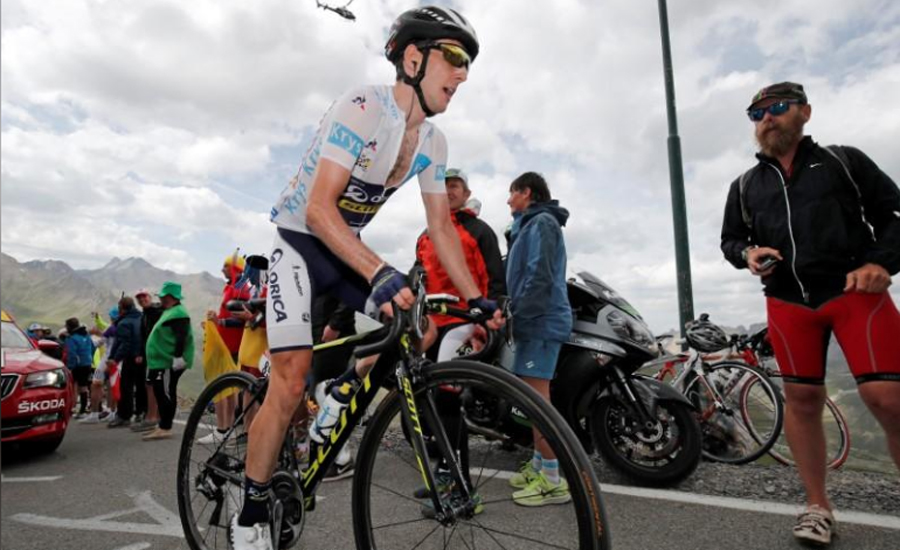 ROME (Reuters) - Britain’s Simon Yates launched a stinging attack in the final phase to extend his lead in the overall classification and win the 11th stage of Giro d’Italia on Wednesday. Mitchelton-Scott rider Yates and defending champion Tom Dumoulin, the two favourites for the pink jersey, were part of the initial breakaway on the 156-kilometre route from Assisi to Osimo near the Adriatic coast. Yates acted with a burst in the final 1.5 kilometres to finish two seconds ahead of Team Sunweb’s Dumoulin, while Italy’s Davide Formolo (Bora–Hansgrohe) finished third. Yates stretched his advantage to 47 seconds over Dutchman Dumoulin in the overall classification. Frenchman Thibaut Pinot (Groupama-FDJ) retained his third place but now trails the race leader by one minute and four seconds. Team Sky’s Froome crossed the line 40 seconds behind Yates at 23rd spot to drop out of top 10 in the overall standings. The four-time Tour de France winner now trails his fellow Briton by three minutes and 20 seconds as his hopes of winning the race continue to fade. Stage 12 begins on Thursday in Osimo and runs 214km to Imola.