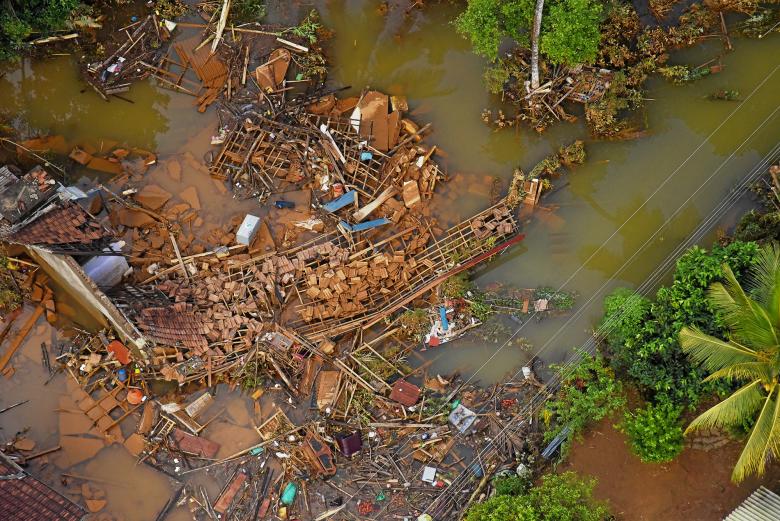 COX'S BAZAR - Bangladesh Bangladesh has evacuated at least 350,000 people as a cyclone lashed coastal areas on Tuesday, officials said, causing havoc in refugee camps set up for Rohingya Muslims who have fled violence in neighbouring Myanmar.

The islands are a few miles from the Myanmar border, and camps set up in Cox's Bazar had provided refuge for about 200,000 Rohingyas Muslims from Myanmar.

Shamsul Alam, a Rohingya community leader, told Reuters that damage in different camps was severe with almost all the 10,000 thatched huts in the Balukhali and Kutupalong camps destroyed.

"Most of the temporary houses in the camps have been flattened," Alam said.

But weather officials said the cyclone was not as bad as they had feared.

"The severity was less than the apprehension,” Shamsuddin Ahmed, a weather official based in Chittagong said.

Officials in Chittagong reported winds gusting up to 135 kph (85 mph), and said low-lying coastal areas were flooded by a storm surge with waves 2 metres (7 feet) high.

The cyclone was expected to weaken in Bangladesh by late morning as it moved inland towards India where authorities have warned of heavy rain in the northeastern states of Tripura, Mizoram, Manipur, Nagaland and Arunachal Pradesh.

The cyclone formed after monsoon rains triggered floods and landslides in Sri Lanka, off India's southern tip, which have killed at least 180 people in recent days, authorities said.

In the eastern Indian state of Bihar, 24 people have been killed in recent days, either by lightning or in collapsed dwellings. -Reuters