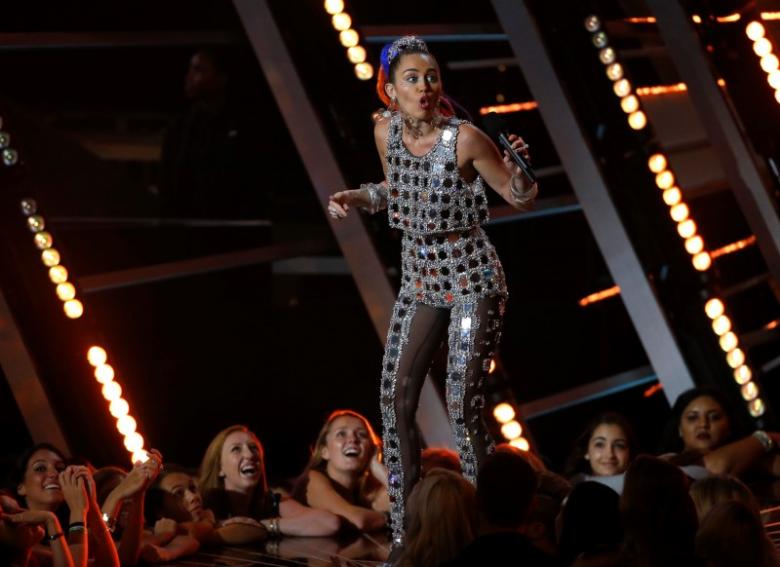 NEW YORK – Miley Cyrus may be better known these days for her twerking dance moves and raunchy image, but veteran director Woody Allen's memory of her comic delivery as a child actress was what led him to cast her as his new leading lady. With more than 40 films under his belt, Allen, 80, is making his first foray into television with a six-part series for Amazon, entitled "Crisis in Six Scenes", in which Cyrus plays a woman named Lucy. "I had seen her when my kids used to watch her and I would pass by the television set on route to something more substantial. And I said, 'who is that little girl, she's got a great comedic delivery, you know, she knocks off those jokes great'," Allen told Reuters at the red carpet premiere of the show in New York. "I said, 'remember that little girl,' and they said 'yes, Miley Cyrus.' I said 'yes, let's get her, she would be right for this part and I would trust her with my dialogue.' And she was great." Allen wrote, directed and appears in the show alongside an ensemble cast that includes Joy Behar and Elaine May. It will debut on Amazon Prime Instant Video in the United States, Britain and Germany on Sept. 30. As for how Amazon Studios won him over, Allen said the key was allowing him creative freedom. "They know how I like to work, which is 1,000 percent hands off and put the money in a brown paper bag and get lost and I'll see you in six months," he quipped. "And they're very supportive and fine with that." –Reuters