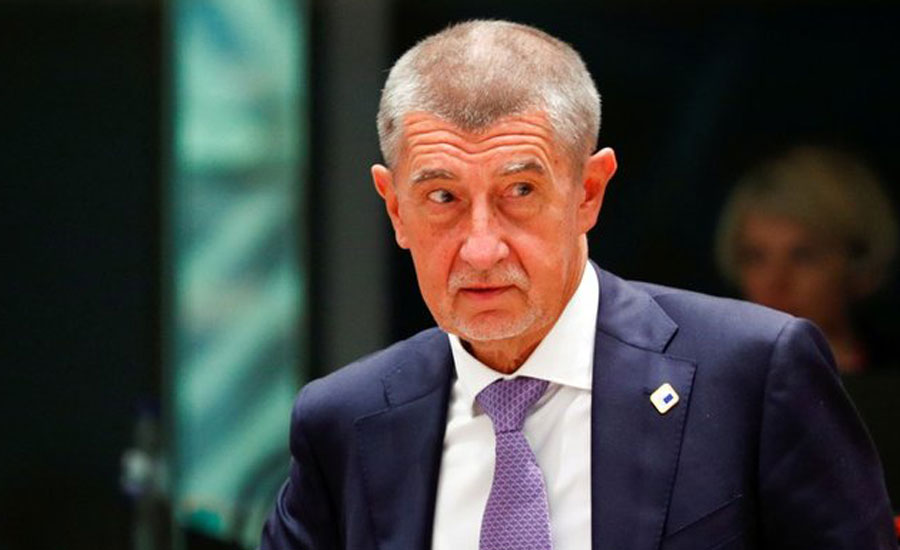 PRAGUE (Reuters) - The Czech minority government led by the populist ANO party on Thursday survived a vote of no confidence called by the opposition, after a series of public protests against Prime Minister Andrej Babis. Babis, a billionaire turned politician, has faced pressure from investigations into alleged fraud over EU subsidies and conflicts of interest regarding ties to his former business empire, one of the largest in the central European EU nation. The no-confidence motion secured just 85 votes in the 200-seat lower house of parliament after 17 hours of debate that stretched past midnight. The outcome was expected after ANO’s coalition partner, the center-left Social Democrats, and the Communist party, which has also been backing the government, both declined to join opposition parties to oust Babis. Babis denies wrongdoing and has called investigations against him a plot by opponents. Despite a slight slide in the latest opinion poll, ANO remains the most popular party by a wide margin. “I take this initiative as an attempt to destabilize the country,” Babis told parliament before the vote. “We do not want (early election) and I hope that our government rules until the end of its mandate.”

The vote gives Babis temporary respite but he will face more pressure. The Social Democrats backed Babis but their relationship with Babis has been increasingly fragile, and a number of party officials have spoken for leaving the cabinet. On Sunday, more than a quarter a million people demanded that Babis quit at the biggest public protest in the country of 10.7 million since the end of communist rule in 1989. Prosecutors are weighing whether to force him to stand trial over cheating accusations, in getting a 2 million euro European subsidy for a hotel and conference center a decade ago. Around year-end, the European Commission will also finalize audits whose preliminary findings showed Babis was in conflict of interest and some of his former firms, now sitting in trust funds, received millions of euros in EU aid illegally. The EU audit could be a headache for Babis if it means his former chemicals, food, media and farming empire employing more than 30,000 people has to return some past EU aid and loses access to future funding. A snap election is not a likely scenario but analysts have said Babis, if pressed, may decide to step aside and nominates a loyalist colleague as prime minister while continuing as decision-maker behind the scenes. Such a scenario would satisfy the main demand of the opposition and protesters. Babis’s ouster or resignation would make President Milos Zeman the key power broker, as he appoints prime ministers. He has said he would give Babis another mandate, and in the past said he would prefer an ANO alliance with the Communists as well as the far-right, anti-European Freedom and Direct Democracy (SPD) party.