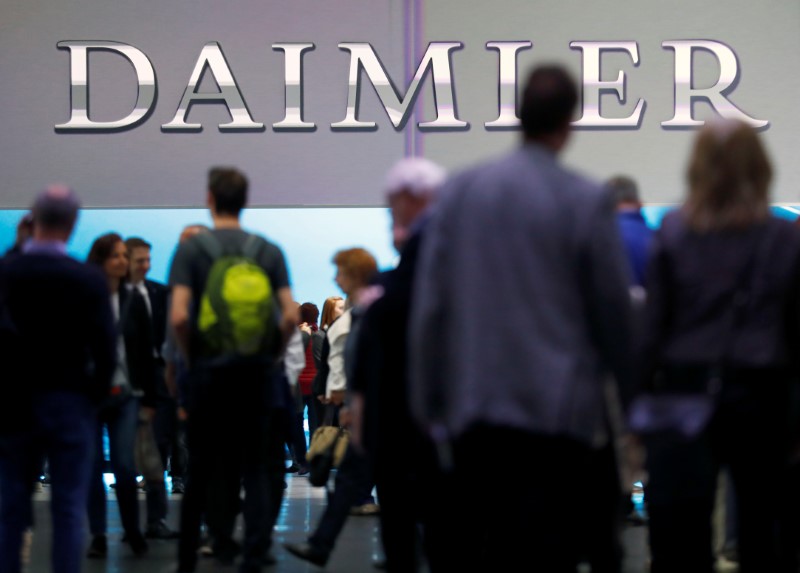 FRANKFURT (Reuters) -  German automotive corporation, Daimler  faces an investigation of 40,000 diesel Vito vans and 80,000 C-Class model cars for possible illicit software that allowed the vehicles to emit excess pollution without detection, Bild am Sonntag reported, citing no sources. Daimler has submitted a software update for the engines for regulatory approval, the German weekly paper said on Sunday. The report comes after German motor authority KBA this week ordered Daimler to recall around 6,300 Vito vans fitted with 1.6 liter diesel Euro-6 engines globally because of engine control features to reduce exhaust emissions which KBA said breached regulations. The carmaker reiterated it was cooperating fully with KBA but would appeal against the Vito recall decision and fight it in court, if necessary. German Transport Minister Andreas Scheuer has summoned Daimler Chief Executive Dieter Zetsche to a meeting at the ministry scheduled for Monday to discuss the Vito recall. Daily Bild reported on Friday that Daimler also faces a recall order for more than 600,000 diesel-engine vehicles including C-Class and G-Class models. Since rival Volkswagen admitted in 2015 to cheating US emissions tests, German carmakers including VW, Daimler and BMW  have faced a backlash against diesel technology in which they have invested billions of euros.