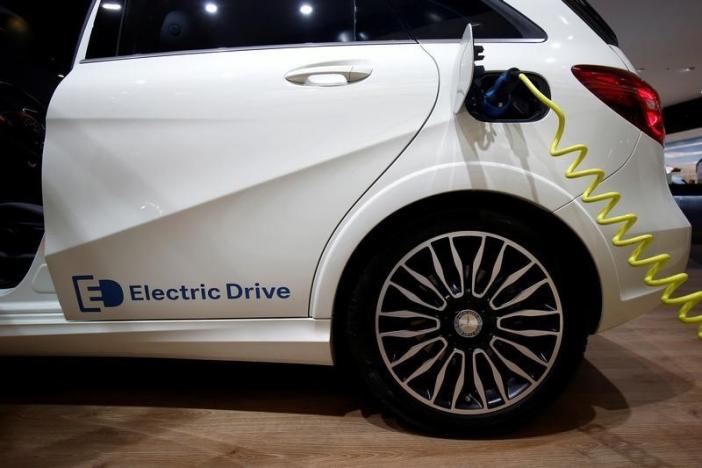 German carmaker Daimler (DAIGn.DE) plans to roll out at least six, and possibly as many as nine, electric car models as part of its push to compete with Tesla (TSLA.O) and Volkswagen's (VOWG_p.DE) Audi, a person familiar with Daimler's plans told Reuters. The maker of Mercedes-Benz cars remains on track to unveil a new electric car at the Paris motor show next month. In July, the German carmaker said it had accelerated development of premium electric cars, a segment currently dominated by United States-based rival Tesla. German trade magazine Automobilwoche earlier cited company sources as saying Daimler would bring to market more than six electric car models between 2018 and 2024. German firms are investing heavily in electric cars, a segment once neglected by the industry as customers shunned their limited operating range and high cost. But a growing political backlash against diesel fumes and recent advances in battery technology to increase the reach of an electric car by up to 50 percent have spurred major investments by Volkswagen, Daimler and suppliers such as Bosch [ROBG.UL] and Continental (CONG.DE). Reuters' source said Mercedes would also make an SUV model with a plug-in hybrid engine powered by fuel cells, which would have a range of up to 50 km (30 miles) on battery power and would then run on electricity generated by hydrogen. –Reuters