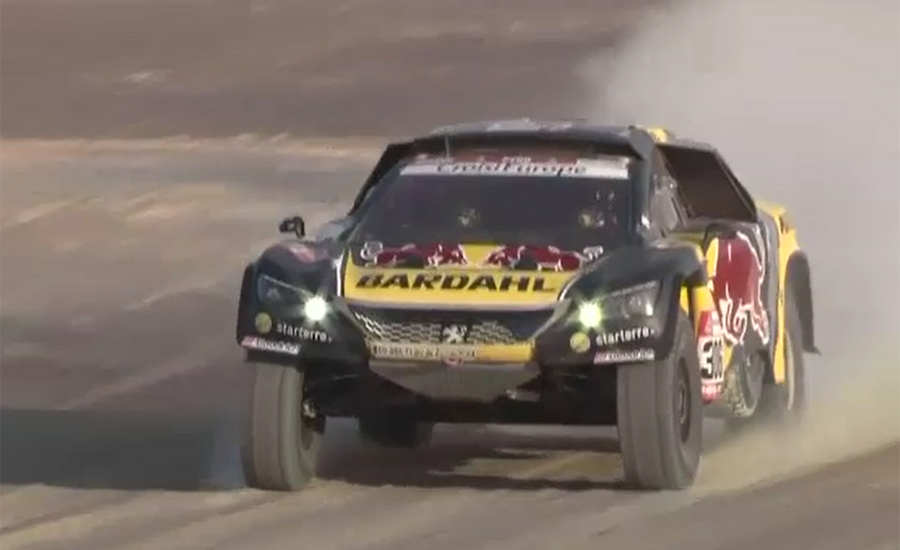 LIMA (Reuters) - Qatar’s Nasser Al-Attiyah retook the lead in the Dakar Rally after Wednesday’s third stage while last year’s winner Carlos Sainz saw his hopes of defending the title effectively disappear in the Peruvian desert. Toyota driver Al-Attiyah ended the day six minutes and 48 seconds clear of Saudi Arabian rival Yazheed al-Rajhi in an X Raid Mini 4x4. The 331km stage was won by French veteran Stephane Peterhansel, a 13-times winner nicknamed ‘Mr Dakar’ who had lost 20 minutes on Tuesday but moved back up from 13th overall to third. Two-times winner Sainz was halted 38km into the special stage from San Juan de Marcona to Arequipa after an incident that almost ripped off the front left wheel of the Spaniard’s X-Raid Mini. He spent more than three hours working on the car before again getting going, with no hope of repeating last year’s victory with Peugeot. Overnight leader Giniel de Villiers also hit trouble, losing four and a half hours after suffering technical problems in his Toyota. Nine-times rally world champion Sebastien Loeb, Tuesday’s stage winner, dropped back down to eighth overall after opening the road for his rivals. “It was very foggy, but the problem was getting lost. We couldn’t find our way back, so we went around in circles,” said Loeb. Another casualty was Spanish motorcycle frontrunner and overnight leader Joan Barreda who retired for the second year in a row after getting stuck in treacherous terrain. Chilean Pablo Quintanilla led the motorcycle standings for Husqvarna, 11 minutes and 23 seconds clear of Argentina’s Kevin Benavides on a Honda and Britain’s Sam Sunderland third. French Yamaha rider Xavier de Soultrait won the stage. The endurance rally, staged in South America since being switched from Africa in 2009 for security reasons, ends in Lima on Jan. 17.