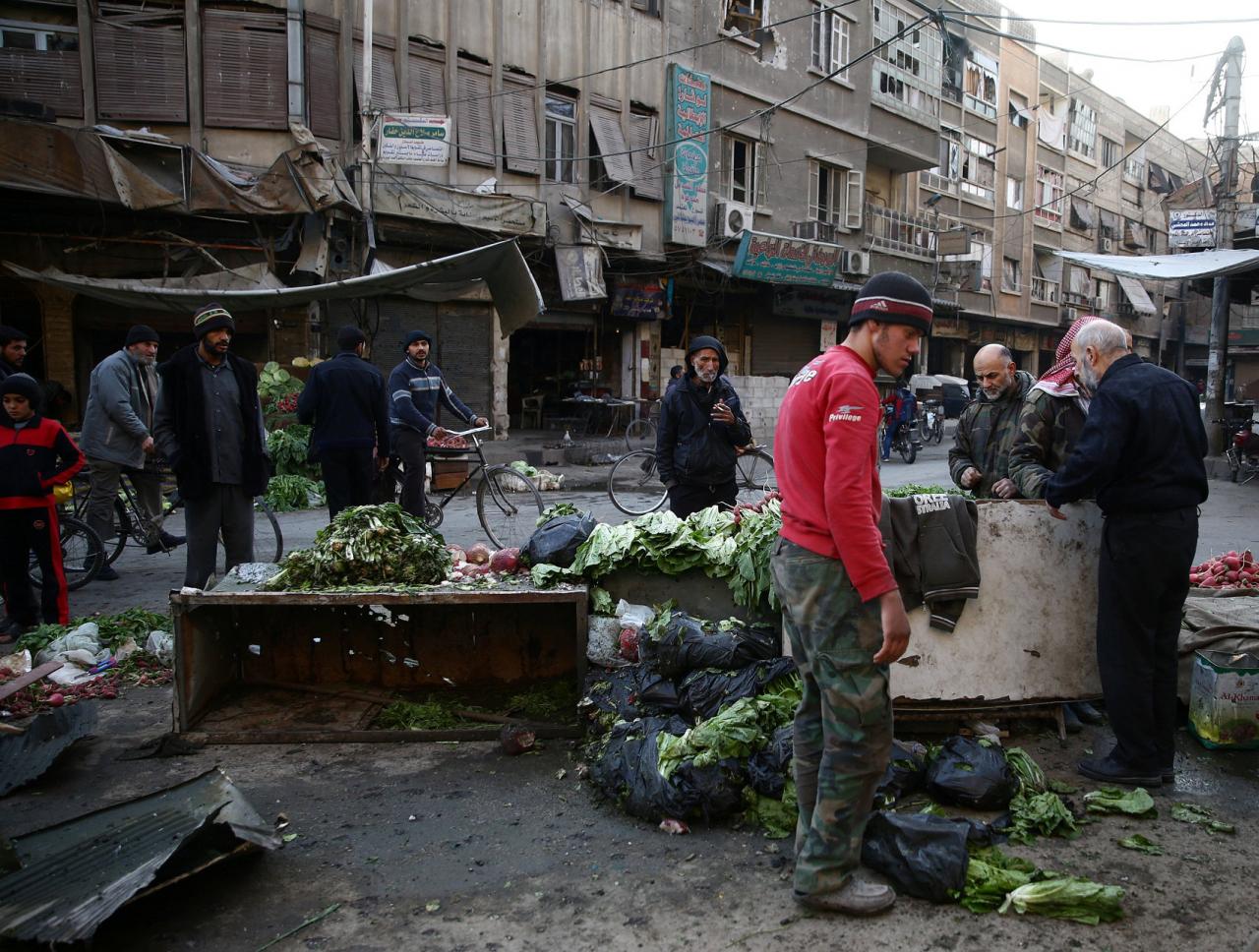 BEIRUT (Reuters) - Shelling hit the last major rebel stronghold near Damascus on Tuesday but it was less intense than in recent days, a war monitor and witness said, the same day Russia had proposed a ceasefire for the area.

Russia on Monday proposed a ceasefire in the besieged rebel-held Eastern Ghouta area on Nov. 28-29. Neither rebels nor the government have said whether they agreed to the ceasefire.

The Syrian Observatory for Human Rights, the war monitor, said no deaths had been reported in Tuesday’s shelling.

A Syrian official said the situation on Tuesday was calm.

Eastern Ghouta is one of several “de-escalation” zones across western Syria where Russia has brokered ceasefire deals between rebels and President Bashar al-Assad’s government. But fighting has continued there.

U.N.-backed peace talks in Geneva are set to begin on Tuesday, although the Syrian government delegation has not yet confirmed that it will attend.

Médecins Sans Frontières, the international medical humanitarian organisation, said on Monday hundreds of people had been wounded in intense bombing and shelling of the Eastern Ghouta in the last two weeks.

It said five MSF-supported field hospitals in East Ghouta had treated 576 wounded patients and recorded 69 deaths, with a quarter of the wounded women or children under the age of 15. In a statement, MSF said its figures did not account for the total numbers killed in the area as there are other medical facilities it does not support regularly.