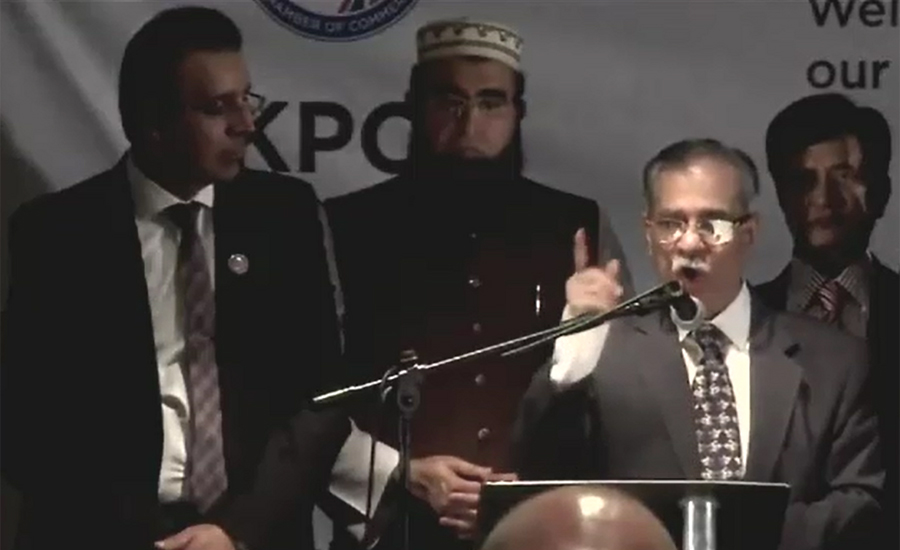 LONDON (92 News) – Chief Justice of Pakistan Mian Saqib Nisar has said that dams must be constructed and they will be constructed on the Indus River. Addressing a fund-raising ceremony organized by the Pak-UK Chamber of Commerce on Sunday, he said that they did not care for the opponents of the dams. “We showed negligence by not constructing the dam. The dams’ construction has become a movement of humanity, not only Pakistan’s,” he maintained. The CJP said that the people are not getting water due to the mafia in Karachi. “We got recovered the land of expatriates from Mansha Bomb in a day,” he said. He also proposed to impose tax on mobile cards for dams funds. “An amount of Rs three billion was saved by imposing tax last time. We will again collect money by imposing tax if the nation permitted,” he maintained. CJP Saqib Nisar said that the dams fund is trust of the nation and will not let anyone misappropriate it. During the ceremony, Pakistanis enthusiastically donated and collected Rs 340 million for the fund. Later talking to the media, the CJP ruled out the possibility of extension in his tenure. “O will work only until expiry of my service,” he said.